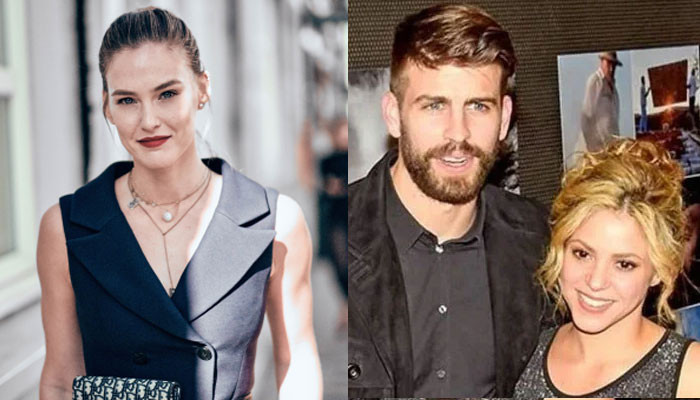 Gerard Pique reportedly had an affair with Israeli supermodel Bar Refaeli back in 2012 while he was in a relationship with Shakira.

The Barcelona player was allegedly involved with Refaeli over text messages and the duo even met privately a year after the model parted ways with Leonardo DiCaprio.

According to report published by Time as per Daily Mail, a Spanish journalist Jordi Martin said, “The rift between them began due to Shakira, 45, finding messages from Rafaeli.”

“There were more than messages – there were private meeting also,” he added.

Martin also tweeted as per the outlets, “I sent the information to a source close to Shakira a few days ago. After a while, they finally were able to verify the alleged cheating of Piqué with Refaeli in 2012.”

“A few days ago, I spoke to a close friend of Refaeli’s, who was also my friend for many years, who confirmed the reason for the model’s frequent visits to Barcelona at the time. Shakira was shocked.

“Want some more? Between June 30 and July 6 of 2021, Pique had a trip to Monaco, escorted by someone who wasn’t Shakira.

“I passed this information along also. Many of these, are new details she wasn’t aware of,” the journalist revealed.

However, in a previous interview, Refaeli denied having an affair with the footballer saying that she and Pique are “just good friends.”

Pique and Shakira announced their separation in June 2022 without disclosing the real reason of their split. However, rumours suggested at the time that the sports star cheated on the singer.