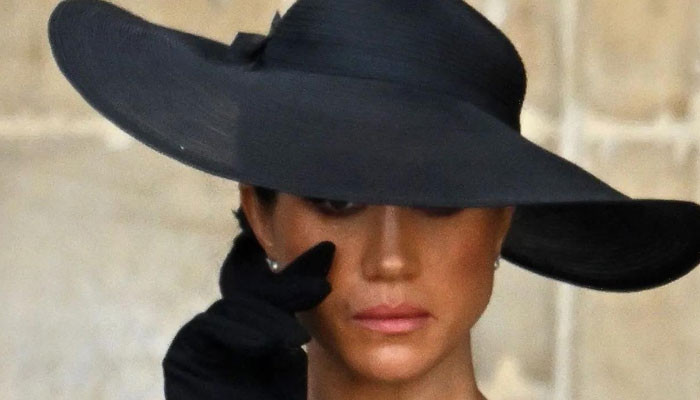 The Duchess of Sussex, who cried at the Her Majesty’s funeral, raised a lot of eyebrows amongst admirers and body language experts, who accused her of faking emotions.

He explained: “I always think it’s best to try to take things at face value and give people the benefit of the doubt, especially at difficult moments like those involving grief or the loss of a family member.

“And when that family is Her Majesty the Queen, and with all the tensions within the family, it’s fair to assume that if you have to act out your grief in such a public way, whoever you are, you may find it very difficult, you may well be sad.

“And so I don’t think it’s fair to accuse people of faking when we have no reason or evidence to suggest that that’s the case.

“And I will say that she also has spoken in the past about how lovely the Queen was in welcoming her to the family.

“I believe that she’s been quite careful not to make allegations and accusations about the late Queen.

“On the contrary, she was quite warm about her when discussing in the past and we all saw it.

“We saw photos from public appearances of them together laughing and being what looked certainly genuinely warm to one another.

“So I think there’s plenty of reason why she may be sad.

“And I might add that if she has any regrets at any moment about the allegations made against the Royal Family and the difficult situations that she’s caused for the family, I would say the Queen’s funeral may well be a moment that that might make it out as well.

“Because if she has those regrets, she may well feel sad in the moment of the Queen’s funeral or mourning about having made life difficult in any way either for Her Majesty the Queen or for His Majesty King Charles or any of the rest of the family.

“And even if she doesn’t regret it per se it might make her sad,” he concludes.