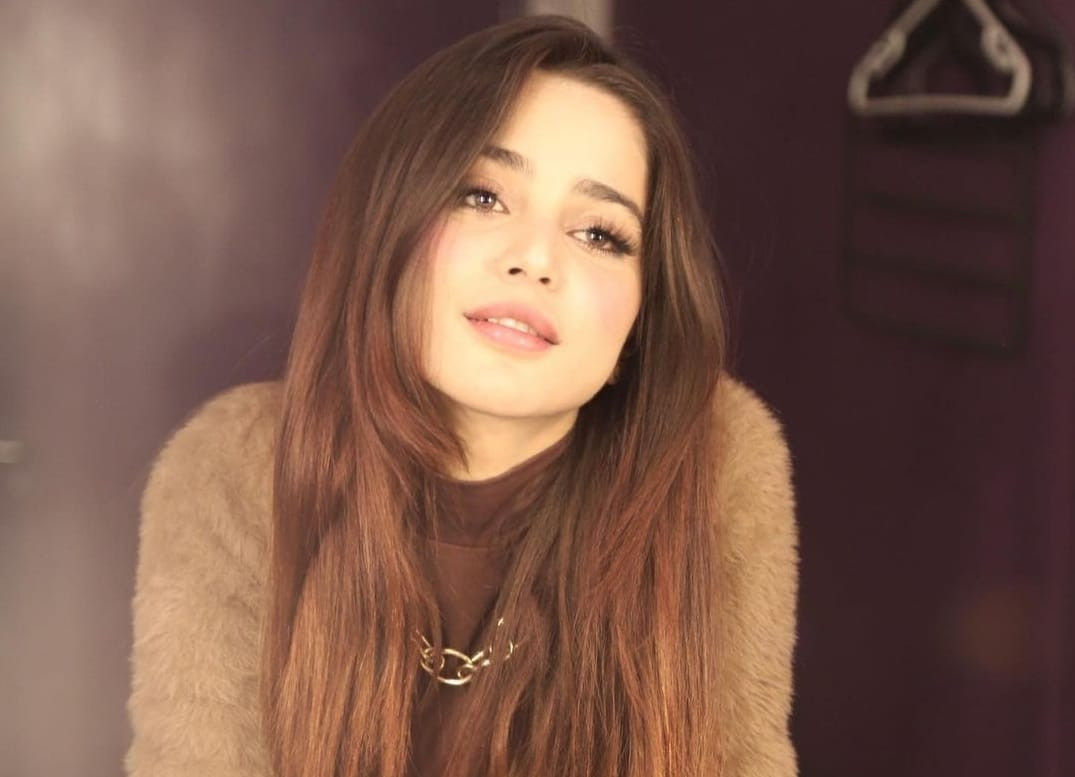 On September 16, singer Aima Baig confirmed her split with ex-fiance actor Shahbaz Shigri in an Instagram post that was soon deleted. Few days later, in a surprising turn of events, she was accused of cheating on Shigri with filmmaker Qes Ahmed by British supermodel Taloulah Mair.

After two days of complete silence by the singer and brutal trolling on the internet about the same, the Baazi singer finally took to Instagram to address the controversy surrounding her personal life. Her note doesn’t give a clear answer to whether the accusations levelled against her are true or not, she does however say that people should check the “authenticity” of the proof provided and not believe in half-baked stories posted for “money” and “followers.”

“Bol liya aap sab nay? Karlia bully ya abhi bhi or thora rehta ha to wo bhi karlain. [Have you all said your peace? Have you bullied me enough or have you still got some more left to do, go ahead and do it.] Without even knowing the entire truth. Ab main thora sa kuch boloun [now can I say a little something]?” she asked in a long note penned in a series of Instagram stories posted on Wednesday evening.

Referring to her breakup announcement with Shigri, she added, “Although I did leave a very respectful statement to put an end to this whole situation. But some people want to stay [quiet because] they know how many more ugly things would come out, not just about them, but about their families too. I still want to keep up with that respect that I gave to these people. In fact to this one person and family because ‘that is not how my upbringing is.’”

The 27-year-old went on in a rather cryptic manner, “I don’t and can’t make fun of people who are deceased or how they used their significant other and then acted as if they are the victim. People who know this person personally have nothing to say about this matter since they knew the truth way before y’all got aware of it. And trust me they know why it happened,” she wrote.

“Whatever happened, I’ve been going through some major trauma, depression right now because people don’t know what actually happened. And these extras who just want some followers and money, please give them that so they can move on with their lives,” she said, perhaps referring to Mair.

In Baig’s opinion, the whole situation is “straight up bullying and targeting.” She said what bothered her during these past few days was how her fans and people on the internet believed accusations “by some random people who are only looking for a few followers without even knowing the actual truth and the real story behind it?”

In her next story, she asked people for recommendations for a “good doctor” along with some money for she needs to send it to the person spreading controversies about her. Referring directly to the videos posted by Mair, she alleged that the model “knowingly bleep[ed] certain words and only posted half the video.” She also claimed she was being “told what to say in those videos over texts and even her boyfriend [Ahmed] knows that.”

‘Right to dignity is a human right’

In her last story, she urged people to validate the “proofs” they see on the internet before acting as judges. “The right to dignity is a human right. Since internet users act as jury, you are entitled to have your opinion but I implore you to make sure that it is guided by a holistic perspective of the narrative and the validity and authenticity of the ‘proof’ presented otherwise no woman or man will be safe from slander and harassment. It should not be easy to demean women and target them to avenge insurmountable issues with your own partner,” she said.

The Do Bol singer stated that she’ll bounce back from this mess with more music. “ I have gone through enough in life to be strong enough to withstand this. I will bounce back with the only thing I extend to the world: my music.”

Concluding, she asked fans to show some empathy for her and realise the tough time she is going through. She also expressed her concern about how sharing ‘dirty laundry’ without authentic proof can enable a toxic environment for women online. “It is me today, it can be you tomorrow. Clearly, this isn’t an easy time for me. Take a moment to put yourselves in my shoes, I have never claimed to be perfect but that doesn’t mean I am what I’m being portrayed to be. Public figures are also human beings, please remember that,” she said.

Shigri hasn’t commented on the matter as of yet.