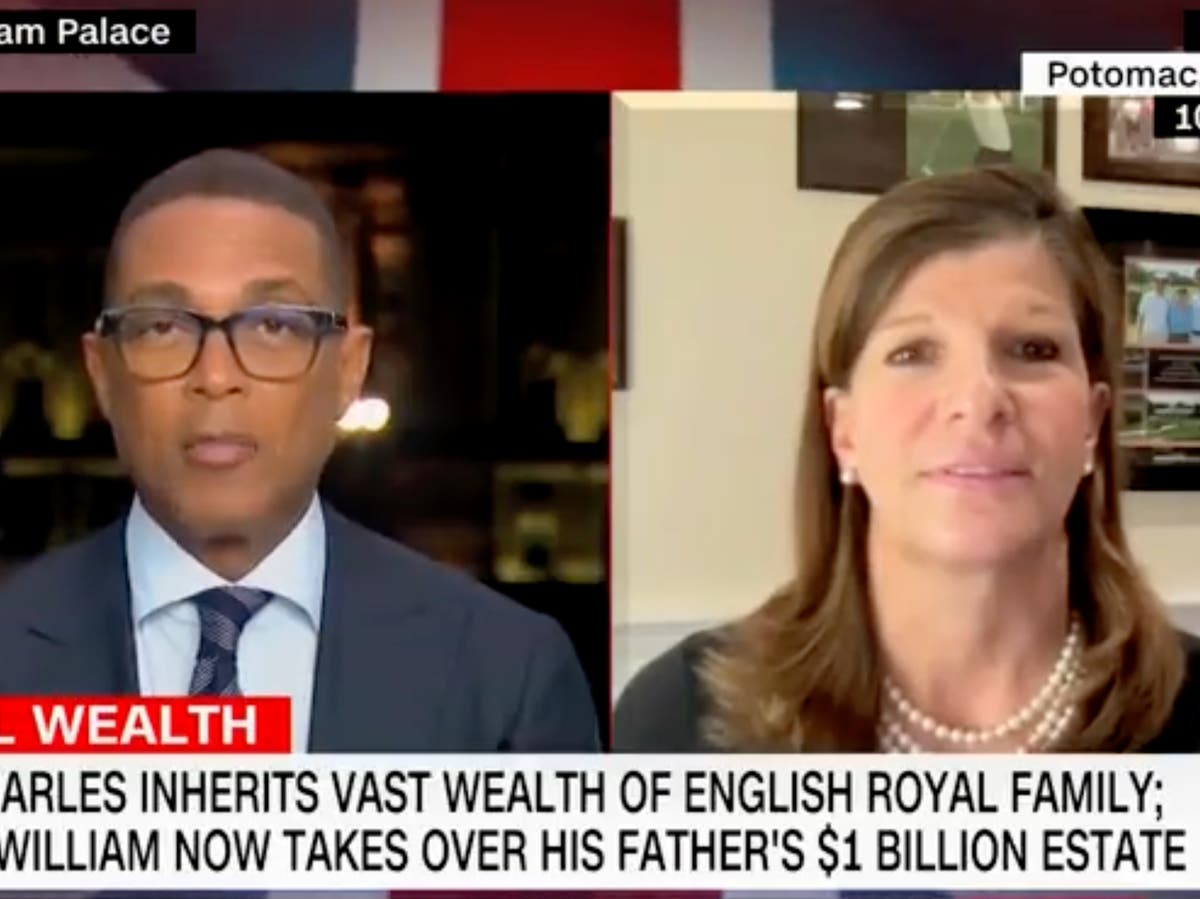 Donald Trump Jr liked a Twitter post with a video of CNN host Don Lemon being stunned into silence by a royal commentator claiming descendants of British sailors should be paid reparations over the African slave trade.

Royal commentator Hilary Fordwich told Lemon on his show that it was African kings who should pay out rather than the British Empire.

The clip went viral on Tuesday – garnering a like from Mr Trump Jr on Twitter – but was from Fordwich’s appearance on his show last week following the death of the Queen.

Lemon started the conversation by telling his guest that “you have those who are asking for reparations for colonialism, and they’re wondering, you know, ‘$100bn, $24bn here and there, $500m there.’

“Some people want to be paid back and members of the public are wondering, ‘Why are we suffering when you are, you have all this vast wealth?’ Those are legitimate concerns.”

But his guest said that it was in fact the Africans who needed to pay the families of “2,000 naval men” who she claimed died trying to prevent slavery.

“That was in Africa. Across the entire world, when slavery was taking place, which was the first nation in the world that abolished slavery?” before telling him that it was “the British.”

“In Great Britain they abolished slavery. 2,000 naval men died on the high seas trying to stop slavery. Why? Because the African kings were rounding up their own people. They had them (in) cages, waiting in the beaches.”

And she concluded her segment by adding:  “I think you’re totally right. If reparations need to be paid, we need to go right back to the beginning of that supply chain and say, ‘Who was rounding up their own people and having them handcuffed in cages?’ Absolutely, that’s where they should start.”

Fordwich describes herself on LinkedIn as a “Business Media & Golf Commentator” who has appeared on a string of news channels, including right-wing NewsMax.

Lemon seemingly did not want to be pulled into that argument, telling her it was “an interesting discussion” before moving on.

“So by her specious, simplistic, self-protecting argument, no one is culpable for deaths born of the street-level dealing of heroin – not the government that turns a blind eye, the cartel, the smuggler, the dealer – only the farmer in hills who grows the poppy. She’s ridiculous.”

Britain, along with Portugal, was one of the leading slave-trading nations, with historians saying that between 1640 and 1807 it transported 3.1 million Africans to British colonies.

Only 2.7 million of those slaves survived the trip and arrived in the Caribbean, North and South America, and other countries, according to the UK government’s National Archives.

The Abolition of the Slave Trade Act was passed in Britain on 25 March 1807 with slavery itself being abolished in 1834.