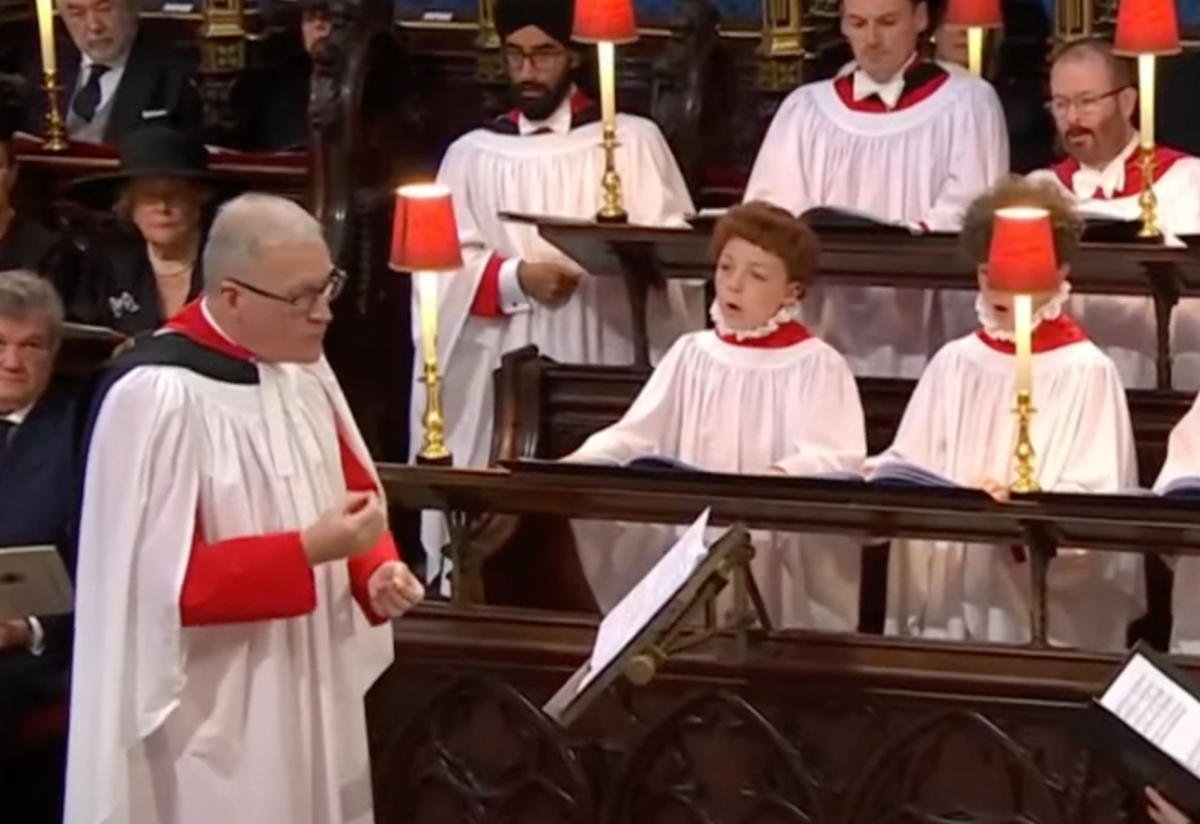 A young choir vocalist has been praised for “putting his soul” into his performance, while singing at a service for Queen Elizabeth II’s funeral.

On Monday 19 September, thousands of mourners arrived at Westminster Abbey to lay the late monarch to rest. The state funeral was led by King Charles III.

During the Orders of Service, multiple musical performances took place with hymns and psalms sung by different choirs, including the Choir of Westminster Abbey. As the Queen’s coffin was carried into the Abbey, the group sang the The five Sentences, which features lines of scripture set to music and has been used at every State Funeral since the 18th century.

On Twitter, mourners watching the funeral took notice of the performers and zeroed in on a young boy with red hair. Many applauded both his singing and energy throughout the service.

“Seriously can’t get over that one ginger choirboy, he’s having the time of his life,” one wrote.

“The one choirboy on the end is really putting his heart and soul into his performance. 10/10 for effort,” another wrote.

A third person wrote: “Choirboy with the auburn Afro is killing it.”

One Twitter user also claimed that he knew the boy and called him “Barnaby”.

“An aside but this choir boy (ginger hair) is called Barnaby & he was born when my daughter was & his mum & my wife used to walk the streets of Bow in E London together as both babies didn’t sleep! He’s now a choir boy in Westminster, my daughter watching Netflix!,” he wrote.

While some social media users appeared to make fun of the singer for his performance, others still continued to praise all of the choir groups at the funeral — including featured performances from the choir of the Chapel Royal.

“Massive praise for the choir and organist at the Queen’s funeral today. Absolutely stunning,” one wrote.

“Much struck by the beautiful singing of the choir. Great choice of hymns too,” another added.

Along with The five Sentences, the choir of Westmister Abbey also performed a setting of Psalm 4 and “Who Shall Separate us from the Love of Christ?,” which was composed for the funeral by Scottish composer Sir James MacMillan.

Some of the hymns chosen for the Queen’s funeral included one of her favourites, such as “The Lord’s my Shepherd, I’ll not Want”, which was sung at her wedding to Lieutenant Philip Mountbatten in 1947.

The Queen’s body is being transported to Windsor Castle and will be buried there beside her late husband.