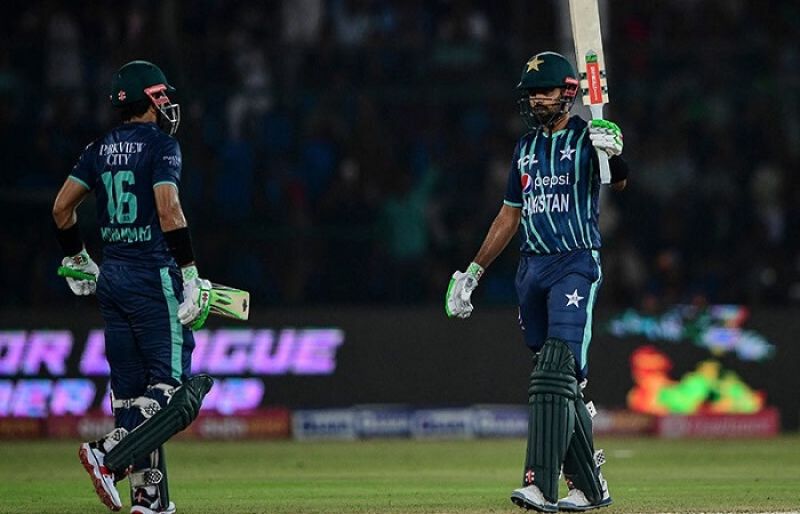 The second T20 International match of the seven-match series between Pakistan and England will be played today (Thursday) in National Stadium, Karachi.

Pakistan’s wicket-keeper batter is quiet worried about the poor performance of the middle order. In a post-match press conference, he said that the team will soon overcome the shortcomings.

On the other hand the visiting team is willing to continue the winning streak as the visitors defeated Pakistan by six wickets in the first T20I match of the series.

English batter Alex Hales, who made a comeback in the team for Pakistan series and the T20 World Cup in Australia, lead his side to the victory by scoring a 40-ball 53.

Pakistan opener Mohammad Rizwan scored 46-ball 68 to help Pakistan to 158-7 in their 20 overs after England sent them in to bat at a capacity National stadium.

The win gives England a 1-0 lead in the seven-match series.