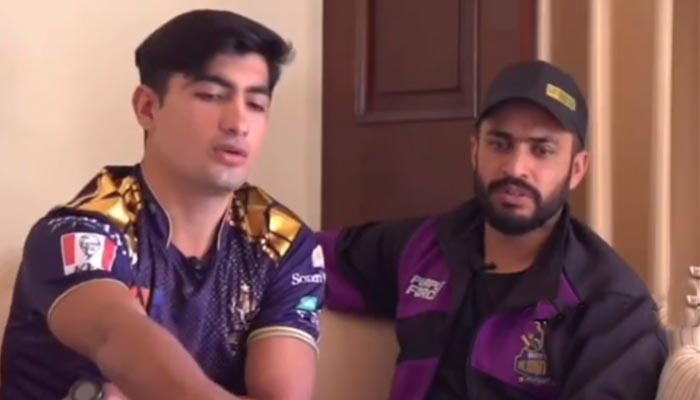 Pakistani fans hit back at Indians in young fast-bowler Naseem Shah’s support after they made mocked his English-language skills.

Taking to Twitter, an Indian user shared Naseem’s old video in which he could be heard wrongly pronouncing the word “Lenovo”.

The video was heavily bashed by Pakistanis for making fun of the pacer after it went viral on social media. Some fans reminded the Indian users about the importance of the game rather than the language while some shared Naseem’s bowling against India in the Asia Cup 2022.