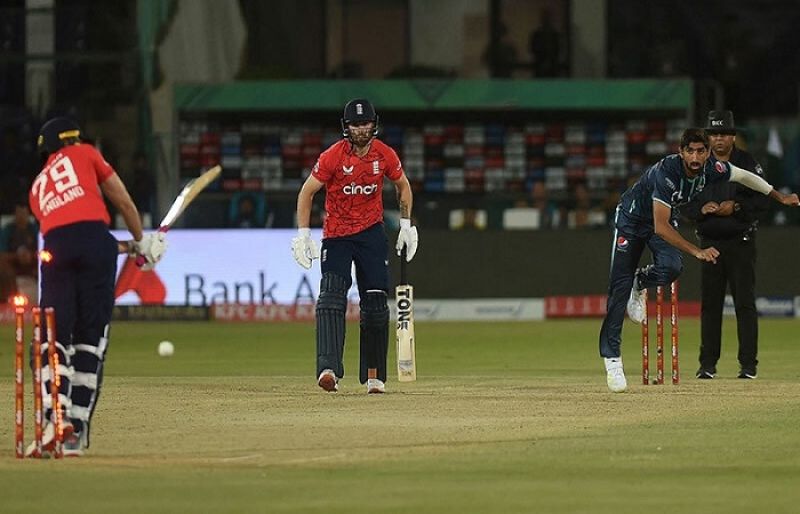 Brook scored a 35-ball 81 not out while Duckett cracked an unbeaten 42-ball 69 after Pakistan won the toss and sent England in to bat at the National stadium.

The seven-match series is tied at 1-1 after England won the first fixture by six wickets while Pakistan took the second by ten wickets, both in Karachi.

Debutant Will Jacks set the platform for England with a sparkling 20-ball 40 with eight boundaries before Brook and Duckett took the attack to the Pakistan bowlers.

For Pakistan, leg-spinner Usman Qadir was the pick of the bowlers with 2-48 while pacer Shahnawaz Dahani went for 62 runs in his four wicket-less overs.

England are on their first tour of Pakistan since 2005.

Pakistan remained unchanged from the second game, while England handed a T20I debut to batter Will Jacks and added pacers Reece Topley and Mark Wood to the eleven.

The remaining matches are in Karachi (Sunday) and Lahore (September 28, 30 and October 2).