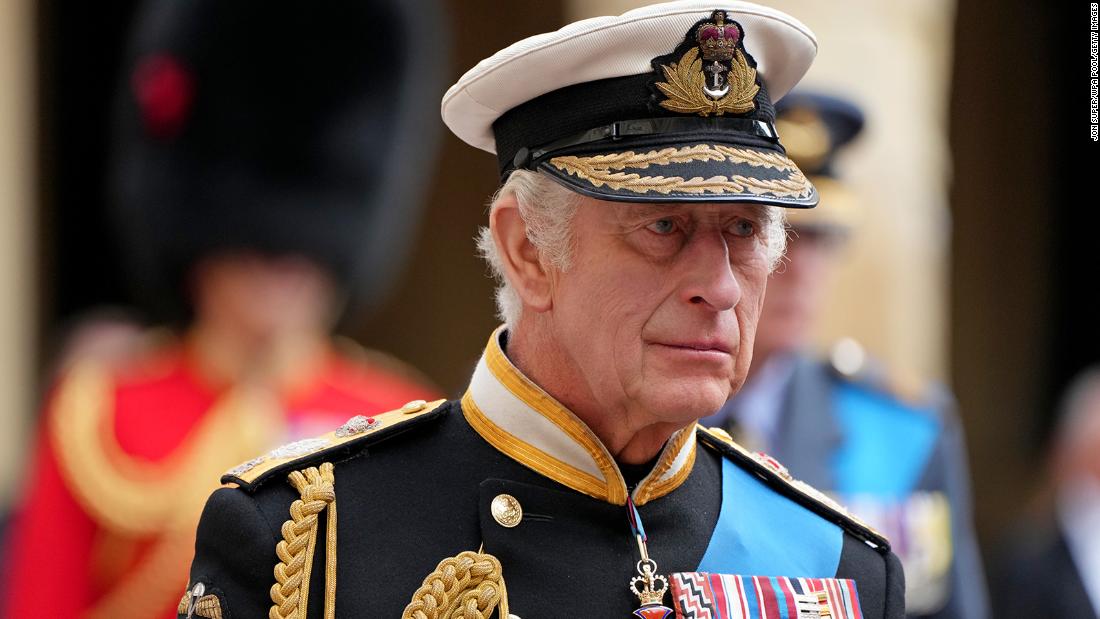 As a result, most of the public engagements expected of the senior royals have been canceled. A handful have gone ahead but these have largely been opportunities for the Windsors to acknowledge some of the parties involved in the ceremonial arrangements of the last fortnight.

For example, the Prince and Princess of Wales surprised volunteers at Windsor’s Guildhall on Thursday to express their gratitude for helping with the crowds that turned out to pay their respects. Separately, Princess Anne visited Portsmouth Naval Base to thank navy personnel for the part they played in the funeral procession.

Just a day after laying his mother to rest, Charles III turned his attention to government matters and picked up where the late Queen had left off, approving a series of ministerial appointments, according to Downing Street. While it seems so much has happened since, let’s not forget that Queen Elizabeth II had only invited new Prime Minister Liz Truss to form a government just two days before her death on September 8.

The King has now reportedly returned to Scotland with the Queen Consort to grieve privately but you can expect that the sovereign’s signature red boxes are being sent north for him to continue his daily duties. The red boxes contain important papers from government ministers in the UK and from representatives across the Commonwealth and beyond.

So in the interim while the family retreats for a brief time, royal-watchers are turning their attention to the future, where questions over the King’s coronation have emerged.

The palace has yet to announce a date for the coronation but it’s likely to be quite a few months away.

Historically, there has always been something of a gap between a new monarch’s accession to the British throne and their coronation. If we think back to Queen Elizabeth II’s example, her coronation was held 16 months after becoming monarch on June 2, 1953. The reason for that is to allow an appropriate amount of time to mourn the previous sovereign and also because organizing a coronation takes a lot of planning.

What we do know is that it will be held at Westminster Abbey, because that’s where every coronation since 1066 has taken place. Since William the Conqueror, all but two monarchs have been crowned there. Edward V died before he could be crowned and Edward VIII abdicated.

While the coronation is expected to have some of the pomp and pageantry associated with royal occasions, it will also likely be an Anglican ceremony. However, some have wondered if the King intends to make it more inclusive after his remarks while hosting a reception for faith leaders at Buckingham Palace on Friday.

During that event, Charles said he sees Britain as a “community of communities” and this understanding has made him realize that he has an “additional duty” to “protect the diversity of our country.” So, it is possible we may see that additional role and a multi-faith Britain reflected in some capacity at the coronation next year.

Unlike the state funeral, which the Queen had a hand in planning, the coronation will be fully designed by the King, in consultation with the UK government. With preparations likely to only be starting in earnest now, he’ll want to be sure he is balancing the national mood — which could be less jubilant after a difficult winter amid the cost-of-living and energy crises — with reflecting his vision of the future monarchy.

CNN speaks to people who braved the tightly-packed crowds in central London to watch the funeral procession, saying goodbye to the longest-reigning British monarch.

The Queen’s state funeral and committal services in the UK were the first to be televised for a British monarch. It was always expected to become one of the biggest moments in British TV history. And while it didn’t quite garner the biggest audience ever, more than 26 million people tuned in to watch the funeral. It’s worth noting though that the data released by the Broadcasters’ Audience Research Board — or BARB — doesn’t yet account for those watching on personal devices like laptops, smartphones or tablets. Read more on this story.

HOW CAN YOU VISIT THE QUEEN’S FINAL RESTING PLACE?

The last time the public saw the Queen’s coffin was as it was lowered into the royal vault beneath St. George’s Chapel in Windsor. However, that’s not her final resting place. The Queen was buried at the King George VI Memorial Chapel, in an annex of St. George’s on Monday evening, following a private burial service attended by King Charles III and other members of the royal family. It was at this point that the late Duke of Edinburgh’s coffin was also relocated and moved to the crypt so that the Queen could be laid to rest alongside her beloved husband of 73 years. The burial service was conducted by the Dean of Windsor, who earlier in the day had led the committal service.

The royal residences, including Windsor Castle, have been closed since the monarch’s death on September 8. But the general public will be able to view the Queen’s final resting place when the castle reopens for tours on September 29. Some areas within royal residences reopened to tourists on Thursday, including the Queen’s Gallery at Buckingham Palace, the Palace of Holyroodhouse and the Queen’s Gallery in Edinburgh, Scotland, according to the Royal Collection Trust. However, Buckingham Palace’s summer opening of the State Rooms and Royal Mews will not return this year. Additionally, special displays marking the Queen’s Platinum Jubilee at Buckingham Palace, Windsor Castle and the Palace of Holyroodhouse will not reopen to the public, the trust added.

Across the UK, people have been paying their respects to the Queen. For most people in the country, she was the only monarch they had ever known.

CNN had a team of photographers on the ground for the Queen’s funeral and the days of ceremonial events leading up to it, witnessing her final journey from Balmoral to Windsor.

Along the way, members of the grieving public shared their reasons for turning up in droves to pay their respects, whether it was waiting hours along processional routes in Edinburgh or Windsor, joining the queue for the lying-in-state in London’s Westminster Hall or heading to another communal event honoring the late monarch.

The coffin of Queen Elizabeth II is escorted by Royal Navy sailors as it travels from Westminster Abbey to Wellington Arch after the monarch’s funeral in London on Monday, September 19.

People wait in the queue near the Tower Bridge in London, on the last full day of the Queen’s lying in state.

The public walks past the Queen’s coffin in Westminster Hall.

Check out our interactive photo story exploring the many ways Britain said goodbye.

US Vice President Kamala Harris and second gentleman Doug Emhoff on Wednesday joined a host of high-profile DC figures honoring Queen Elizabeth II at a memorial service at Washington’s National Cathedral. The British Embassy co-hosted the service, which featured the British national anthem, “God Save the King,” as well as the US’ “The Star-Spangled Banner.” House Speaker Nancy Pelosi, House Minority Leader Kevin McCarthy and other politicians and Washington public figures were among those in attendance. Find out more on this story here.

BRITISH MONARCHS ARE NOT SUPPOSED TO HAVE OPINIONS. CHARLES III HAS ALREADY EXPRESSED MANY OF HIS.

The death of the Queen marked the end of an era for the monarchy in more ways than one. She was the last senior royal from a generation that will soon seem alien to modern monarchists.

During her 70 years on the throne, Elizabeth gave only one media interview, which was limited to the subject of her coronation. She never publicly stated a strong opinion on any subject that could be considered political or controversial. She avoided any kind of public intervention into how the public institutions of the UK should be run. In fact, the most controversial political moments during Elizabeth’s reign came from the indiscretion of others.

Former UK Prime Minister David Cameron said that the Queen “purred” in delight when Scotland voted to remain part of the UK in a 2014 independence referendum. The Sun newspaper speculated in 2016 that the Queen supported Brexit, something that former Buckingham Palace communications director Sally Osman was quick to rubbish while interviewed on CNN earlier this week.

Compare this to the royals who now lead the monarchy into a new, more uncertain future. Elizabeth’s eldest child, now King Charles III, embarrassed the family when letters he wrote to former Prime Minister Tony Blair between 2004 and 2005 were published.

While the letters seemed fairly innocuous — focusing on things like subsidies for farmers and, amusingly, the merits of publishing private letters such as these — the fact that the first-in-line to the throne was so happy to express political views to the prime minister alarmed those who supported the convention that the monarchy is apolitical. Read the full story here.

“During this time of grief, I take great comfort in your continued enthusiasm, optimism, and commitment to the Earthshot Prize and what we are trying to achieve. Protecting the environment was a cause close to my grandmother’s heart.”

As the Prince of Wales continues to mourn the loss of his grandmother, he was unable to attend an environmental summit in New York City this week. Instead, the grieving royal sent a video message (which you can view here) and asked New Zealand Prime Minister Jacinda Ardern to stand in his place. Ardern said she was “humbled” at William’s request and joked that she was “an exceptionally poor substitute” for the absent royal before starting her speech by reflecting on how the Queen showed what can be achieved by fortitude and longevity.