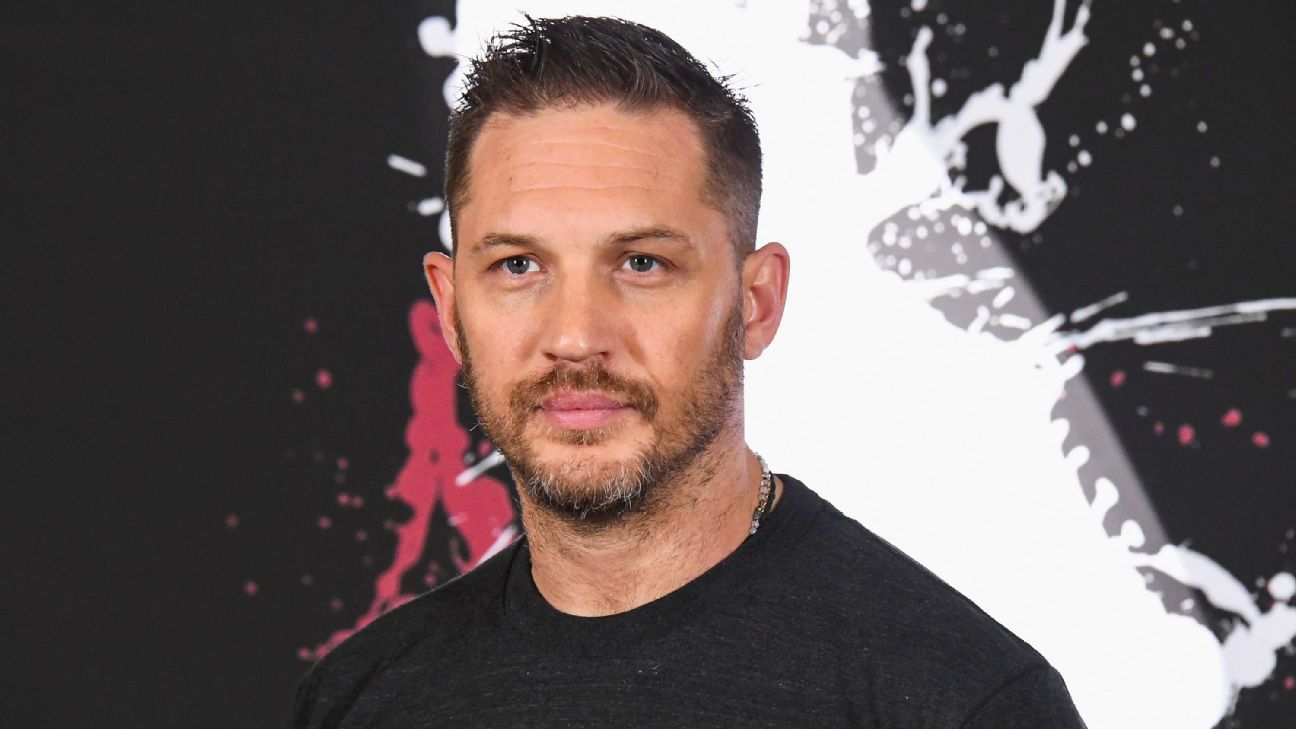 Mohamed Itoumaine was refereeing at a Brazilian jiu-jitsu tournament last month in Wolverhampton, England. To his surprise, one of the participants was Tom Hardy, a big-time Hollywood actor with credits from Mad Max: Fury Road to Venom to the Batman franchise.

Hardy, a blue belt in Brazilian jiu-jitsu, ended up winning the REORG Open on Aug. 20 — in both the gi (the traditional uniform of the martial art) and no-gi tournaments. Hardy competed in the 36-years-old-and-up division, 85.5kg in no-gi and 82.3kg in the gi. Brazilian jiu-jitsu, which has an emphasis on fighting on the ground, is one of the key martial arts used in MMA.

After Hardy’s final victory, he and Itoumaine talked. Hardy works with the REORG charity, which helps military veterans in the United Kingdom when they return home. Itoumaine was running his own tournament, sponsored by REORG, a few weeks later.

Still, Itoumaine doubted Hardy would actually show up. He’s a huge movie star, after all. Three weeks before the tournament, Itoumaine got the registration list back and Hardy’s name was on there. Itoumaine decided he would keep it a secret to not call any unwanted attention to Hardy’s participation. Hardy competed under his real name of Edward.

“He’s a man of his word,” Itoumaine said. “It really impressed me.”

And then, at the Ultimate Martial Arts Championships (UMAC) tournament in Milton Keynes, Hardy went out and won again. Competing in the 41-years-old-and-up division, Hardy, competing in the gi at 82.3kg, submitted all three of his opponents en route to the gold medal.

“He’s really legitimate,” said Itoumaine, a second-degree black belt. “A lot of people think, ‘Oh, Tom Hardy – he’s just a superstar.’ No, you get him on the mat and he’ll smash you.”

Andy Leatherland said there were some whispers that Hardy could compete at the UMAC after his surprise participation in Wolverhampton. He knew that if Hardy entered the tournament, he’d likely be in his bracket. The day before the event, the registration list was published and Leatherland saw he would face an “Edward Hardy” in the finals if they both made it through. And they did.

Leatherland said the crowd was “buzzing” during Hardy’s matches and everyone had their phones out recording and taking photos.

“Lining up for the final was nerve-wracking,” Leatherland said. “I didn’t speak to him nor him to me, we were both just focusing on the match. As we stepped forward and faced each other there was a realization of who I’m facing but as the referee starts the match the focus changed to being in the moment and Tom simply became the guy trying to take me down — and I was thinking how best to counter him and attack.”

Leatherland said he made an error and Hardy jumped on his leg and got a straight leg lock submission.

“It was just another fight but clearly it wasn’t as Tom is internationally recognized so I will remember this one for a long time,” Leatherland said. “Afterward he spoke about his nerves for the day which I agreed with as [competing], in general, is hard and stressful. He said considering his life is on stage he’s fine with that, but jiu-jitsu is real and affects him just like everyone else.”

On Wednesday, the 45-year-old Hardy posted about his foray into Brazilian jiu-jitsu on Instagram, while also promoting REORG, which he wrote “encourages and enables veterans, active military, and first responders to use Brazilian Jiu Jitsu and Physical Fitness Training as a form of therapy to overcome physical and mental challenges, strengthen social connection, and improve overall health and well-being.”

“Simple training, for me (as a hobby and a private love) has been fundamentally key to further develop a deeper sense of inner resilience, calm and well being,” Hardy wrote about Brazilian jiu-jitsu. “I can’t stress the importance it has had and the impact on my life and my fellow teammates.”

Danny Appleton, who is a military veteran and part of the REORG program, faced off against Hardy in the semifinals of the REORG Open last month in the gi division. He said he was surprised to be competing against someone as famous as Hardy and he was impressed with Hardy’s strength straight away. Hardy submitted Appleton with an armbar after escaping from a cross-collar choke and a triangle choke attempt.

“I was very surprised at his strength,” Appleton told ESPN. “He had really good technique moving from one submission to the next. Super impressive.”

Afterward, Appleton said he chatted with Hardy, who told him how tight the cross-collar choke was and that he would come and train with him at Gracie Barra Middlesborough in the future.

“He was so down to Earth,” Appleton said. “He spoke to my children who are both fans and also both practice jiu-jitsu. We spoke about REORG the charity and how much he does for them, taking time to turn up to compete as well as be a trustee for them.”

Itoumaine thinks Hardy, who represents Roger Gracie’s jiu-jitsu team in England and has trained under Carlos Gomez in Los Angeles, is close to a purple belt and he would not be stunned if one day Hardy earns his black belt.

“I think he’s in for a long run,” Itoumaine said. “I think he will [get his black belt]. He definitely will. He loves it so much. He said to me, ‘It’s an addiction for me.'”