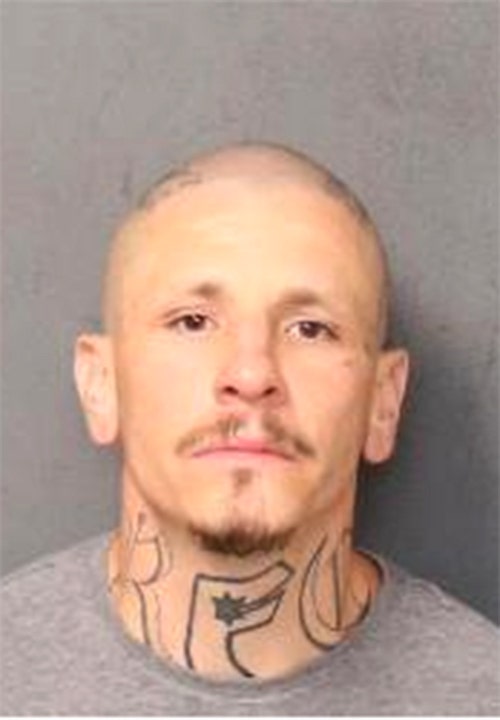 A suspect has been arrested after allegedly stabbing and wounding four people in Albuquerque, New Mexico, in apparent random acts, according to police.

Three people were stabbed downtown, while another was stabbed further west on Central Sunday afternoon, a police spokesman told The Albuquerque Journal.

Although Albuquerque police didn’t immediately release his name when he was taken into custody Sunday, they said he was identified by his distinctive pork pie hat.

“One of the telltale signs of the suspect … was that he was wearing a hat on his head, and they describe it as a Heisenberg hat, like Walter White from ‘Breaking Bad,'” police spokesman Gilbert Gallegos told the newspaper. “So the officers actually located a man with that hat, that’s what tipped them off. They approached this individual and located a knife on him that also fit the description of what the victims had described.”

They said he also was in possession of a kitchen knife with a serrated blade that apparently was used in the four stabbings.

One of the wounded was a 16-year-old boy, but police said all four victims were being treated at hospitals and expected to survive. One of the victims was listed in critical condition, according to KOAT-TV.

Police said it appears the suspect took a city bus to get to the scene of the fourth stabbing.

File photo of downtown Albuquerque, New Mexico after four people were stabbed over the weekend.
(Daniel A. Leifheit/Getty Images)

Investigators were reviewing footage from video cameras inside city buses as they gather more evidence in the case.

Pilar Arias is a multimedia journalist with more than 10 years of experience in broadcast, digital and print production. She covers a wide variety of topics. @PilarFOXNews.