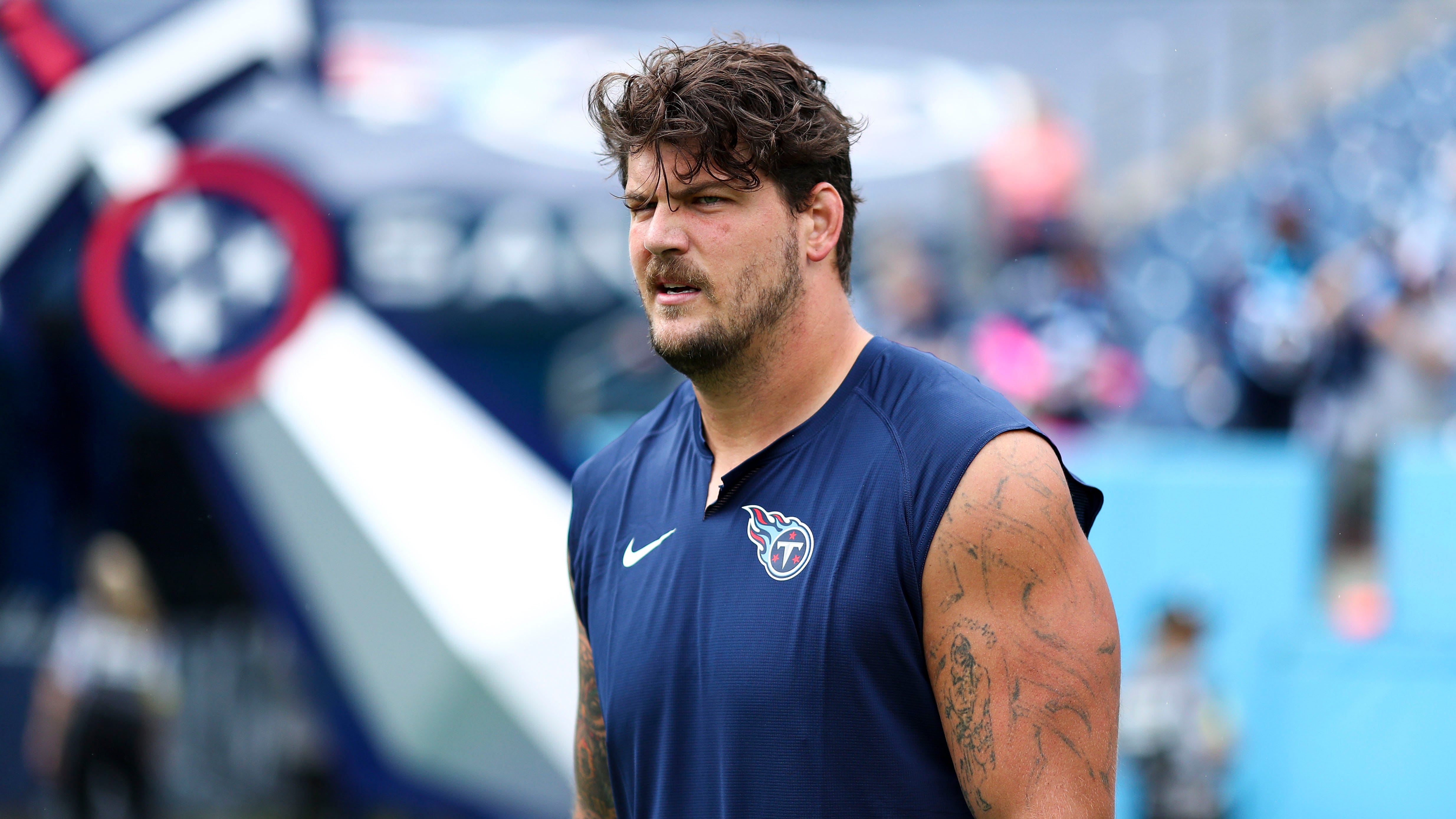 Tennessee Titans left tackle Taylor Lewan was carted off to the locker room after suffering a knee injury against the Buffalo Bills on Monday night.

Lewan was officially ruled as questionable to return to the game.

Lewan, the longest-tenured offensive lineman on the team, needed help walking off the field in the first quarter following the first offensive play of the night for the Titans. He didn’t seem to make any bad contact with a Bills player, but rather he fell to the turf and was in clear pain.

Taylor Lewan of the Tennessee Titans is shown during the game against the New York Giants at Nissan Stadium in Nashville on Sept. 11, 2022.
(Justin Ford/Getty Images)

A three-time Pro Bowler from 2016-2018, Lewan’s loss had Dennis Daley come into the game for him. Daley was a sixth-round pick out of South Carolina in the 2019 NFL Draft.

The 6-foot-6, 325-pound lineman is versatile, having the ability to play guard, but he will have to deal with Pro Bowl edge rusher Von Miller for the rest of the game.

Taylor Lewan of the Tennessee Titans is shown prior to the game against the Buffalo Bills at Highmark Stadium in Orchard Park, New York, on Sept. 19, 2022.
(Joshua Bessex/Getty Images)

Though it’s unknown if he’ll have to miss any time moving forward, Lewan has not played a full season with the Titans since the 2017 campaign.

NFL HANDS OUT OVER $54,000 IN FINES FOR UNSPORTSMANLIKE CONDUCT, TAUNTING FROM WEEK 1

Lewan has been with the Titans since 2014, having been the 11th overall pick in the 2014 NFL Draft to secure the blindside of then-quarterback Zach Mettenberger.

The Titans still managed to score on their opening drive as Tennessee went for it on fourth-and-goal and running back Derrick Henry punched it in to tie the game at seven apiece.

Taylor Lewan of the Tennessee Titans looks on prior to the game against the New York Giants at Nissan Stadium in Nashville on Sept. 11, 2022.
(Kevin Sabitus/Getty Images)

Bills fullback Reggie Gilliam got the scoring started on the Bills’ opening drive with a screen that went for a touchdown.

Scott Thompson is a sports writer for Fox News Digital.