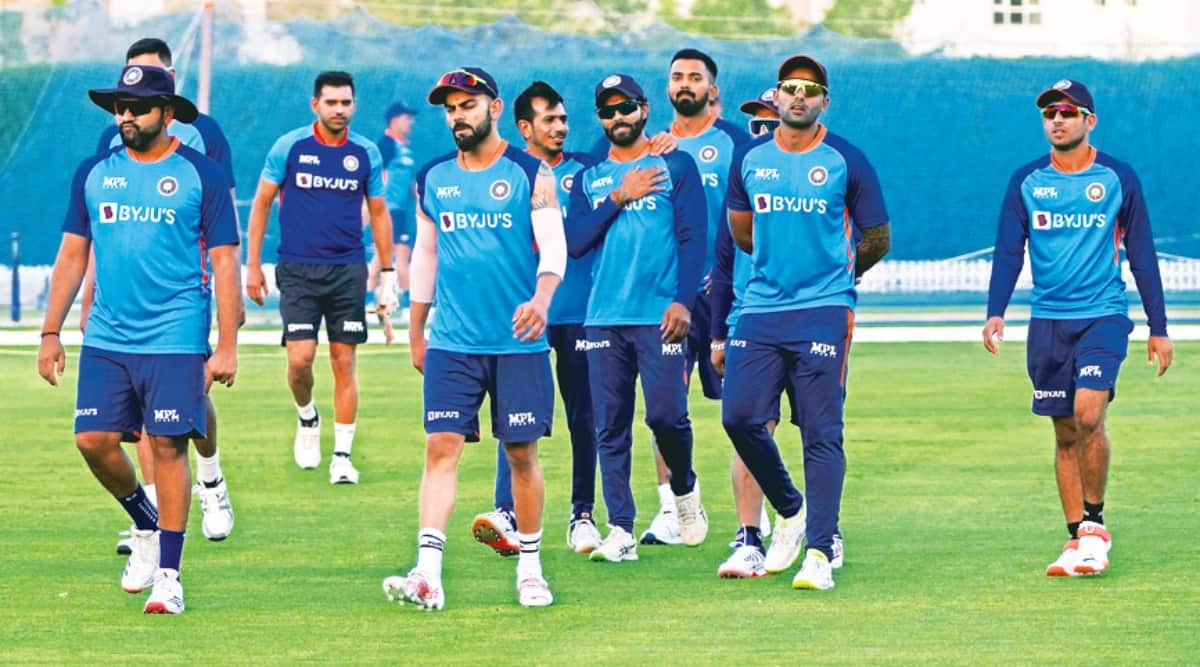 The Indian team will travel to Australia a week prior to their proposed schedule for the T20 World Cup for acclimatisation and match practice. The Board of Control for Cricket in India (BCCI) has decided to send the full T20 squad, net bowlers and standbyes after the team plays its third T20 International against South Africa in Indore on October 4.

The Indian team is playing three T20 Internationals each against Australia and South Africa at home in a span of two weeks before departing for Australia.

The Indian Express understands that the squad will fly to Australia on October 5 and the BCCI is planning at least three warm-up games there in addition to two matches organised by the ICC against New Zealand (Oct 17) and Australia (Oct 18).

One title 🏆
One goal 🎯
Our squad 💪🏻#TeamIndia | #T20WorldCup pic.twitter.com/Dw9fWinHYQ

The Board, after consultation with head coach Rahul Dravid, has decided to give more match practice to its players before they open their World Cup campaign against Pakistan in Melbourne on October 23.

“We are in talks with a few teams who will play games with us besides warm-up games kept by ICC. The entire T20 World Cup squad will travel to Australia on October 5 along with Dravid and his support staff. The Indian team which will play ODIs here against South Africa will be a second-string side coached by VVS Laxman,” a BCCI official said.

Opener Shikhar Dhawan is likely to lead the second-string Indian team in the ODIs against South Africa. The support staff of the India A team will be asked to work with the Indian senior team for the ODIs.

It’s not the first time Laxman has been asked to coach the Indian senior team. He was on duty during India’s tour of Ireland followed by a T20 game against England and on the short tour of Zimbabwe.