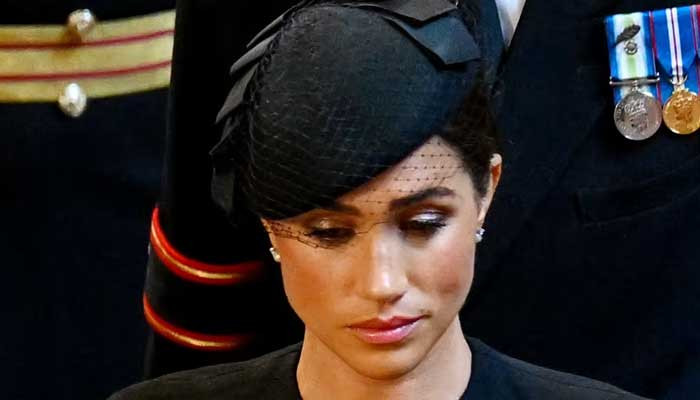 Prince Harry’s wife Meghan Markle is said to have written a formal letter to King Charles III in an 11th-hour bid to ‘clear the air’ before leaving the UK.

The Duchess of Sussex has made a “very brave” request to meet “one-to-one” with the new monarch before she traveled home to California with her husband Harry, according to a royal insider.

The mother of-two who said the Queen goodbye with tears in eyes, is said to have requested to her father-in-law for one-to-one audience in an effort to make amends.

Entertainment and Royal reporter Neil Sean, who has appeared on NBC News, MSNBC & Access Hollywood, claimed a “very good source” told him Meghan’s request was put into a formal letter.

Mr Sean said the letter would be “an opportunity to clear the air, put the rights from wrongs and explain some of the rationale behind what they’ve been doing over the last two years. Truthfully we have no idea if this is going to go forward.”

However, the new King could meet the Duke and Duchess of Sussex alongside other royals, the source added.