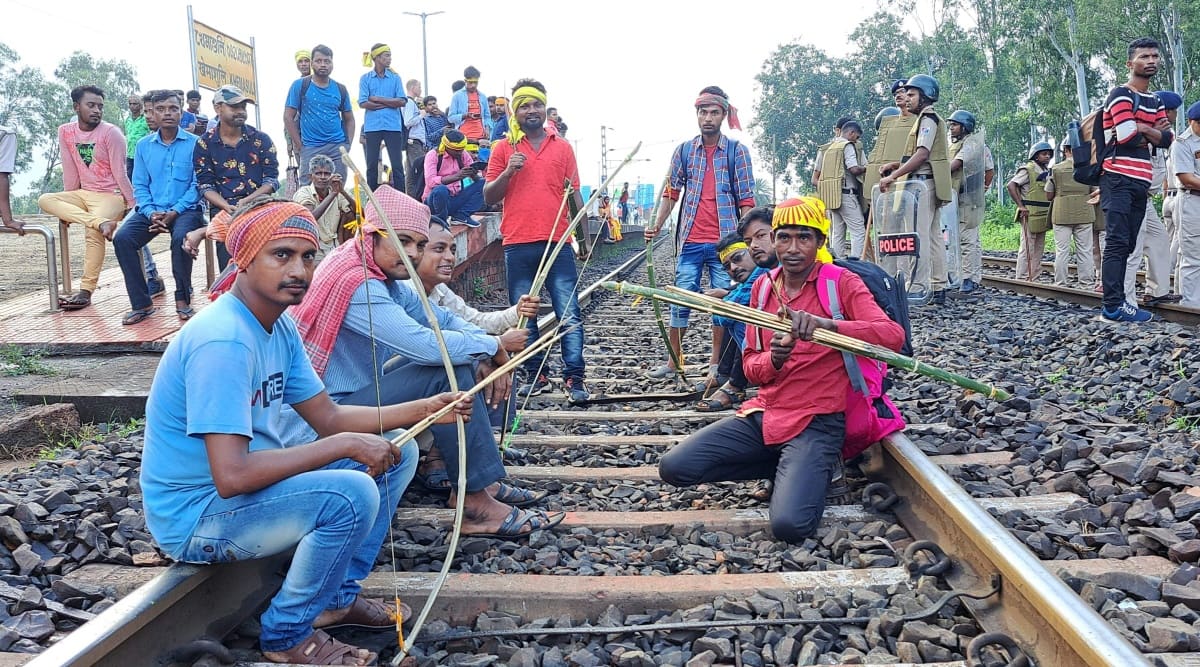 Train services of South Eastern Railway (SER) in several parts of West Bengal, Jharkhand and Odisha were hit for the second consecutive day as members of Kurmali or Kurmi tribe continued with their rail blockade agitation, demanding the Scheduled Tribe status and the inclusion of Kurmali language in the eighth schedule of the Constitution.

The blockades at Khemasuli in Paschim Medinipur district and Kustaur in Purulia district, which began at 4 am on Tuesday, continued on Wednesday, while agitators lifted blockades at other railway stations by Tuesday evening, said an SER official. The stir caused cancellation, diversion and short-termination of several express and passenger trains on Wednesday as well, the official said.

The SER cancelled 55 mail/express and passenger trains. Apart from this, 37 trains were short-terminated/short-originated, 40 diverted and two rescheduled, said the official. Among the trains that have been cancelled are 12814/12813 Tatanagar-Howrah-Tatanagar Steel Express, 12021/12022 Howrah-Barbil-Howrah Janshatabdi Express, 22861 Howrah-Titlagarh-Kantabhanji Ispat Express, 13512/13511 Asansol-Tatanagar-Asansol Express, 18183 Tatanagar-Danapur Express and 18033/18034 Howrah-Ghatsila-Howrah Express, the official said. — With PTI Inputs