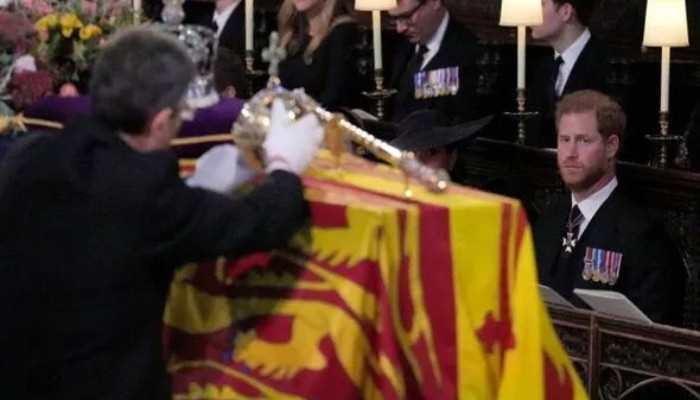 Prince Harry was spotted looking especially emotional as he somberly looked on while his beloved grandmother Queen Elizabeth’s coffin was lowered into the Royal Vault after her state funeral ceremony on September 19, 2022.

In pictures shared by multiple outlets after the solemn ceremony, the Duke of Sussex, who was barred from wearing his military uniform during the funeral, appeared downcast, as per Express UK.

Fans also noted his wife Meghan Markle shedding some tears despite their alleged feud with the royal family.

Prince Harry’s pictures from the Queen’s funeral have also since gone viral, with royal fans pointing out his ‘genuine emotions’ as well as his wife Meghan comforting him as he looked on.

The Queen was later buried next to his beloved husband of more than seven decades, Prince Philip, at the King George VI Memorial Chapel, after being lowered into the Royal Vault at St George’s Chapel in Windsor Castle.

The Memorial Chapel also houses the remains of the Queen Mother, the Queen’s father George VI, as well as her sister Princess Margaret.