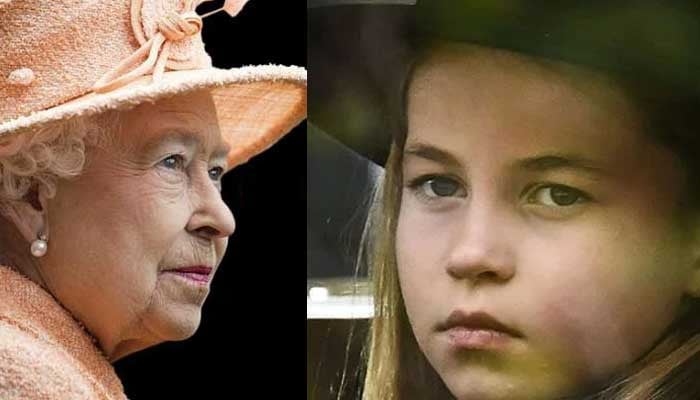 The Princess of Wales was seen comforting her young daughter as she  broke down in  tears outside Westminster Abbey following a moving ceremony for the Queen.

Royal fans could not control their emotions and started crying seeing the little princess in emotional state when she was saying the final farewell to her  ‘Gan Gan’.

Princess Charlotte and her brother Prince George bid farewell to their beloved “Gan Gan” as the youngest members of the royal family to follow the Queen’s coffin through Westminster Abbey.

Some fans took to Twitter to praise the royal pair for their bravery, while others said they had been in tears watching the pair walk behind their beloved great grandmother’s coffin.

Alongside a sad face emoji, NettyRoyal tweeted: “Charlotte looked as if she was crying.”

While KarenTSCOT said she cried when she saw images of the seven-year-old upset. She tweeted: “I didn’t think I would & then heard the pipes start & then saw Princess Charlotte crying as the coffin drew up at the end as it went from the Gun Carriage to the Car.”

While one tweeted: “Princess Charlotte wiping tears has set me off.”