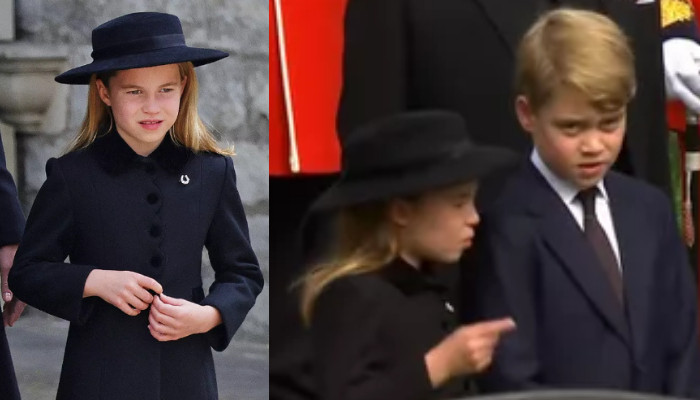 The two eldest children of Prince William and Kate Middleton, the new Prince and Princess of Wales, were front and center at the Queen’s funeral and were spotted with sombre expressions and mannerisms throughout the historic ceremony.

In one video from the funeral that has since gone viral, little Princess Charlotte, 7, was seen instructing her brother Prince George, to ‘bow’ as the Queen’s coffin passed in front of them, reported People.

The video clearly showed Charlotte mouthing to George, “You need to bow,” as the older Wales kid listened to his younger sister attentively.

Princess Charlotte’s instructions came complete with adorable hand movements, proving that she is already a pro at following royal protocol at her tender age.

Earlier this year in June, during the late Queen’s Platinum Jubilee celebrations, Princess Charlotte was also seen instructing her younger brother Prince Louis to behave at the Trooping the Colour ceremony by pulling his hand down as he waves enthusiastically even after all others had stopped.