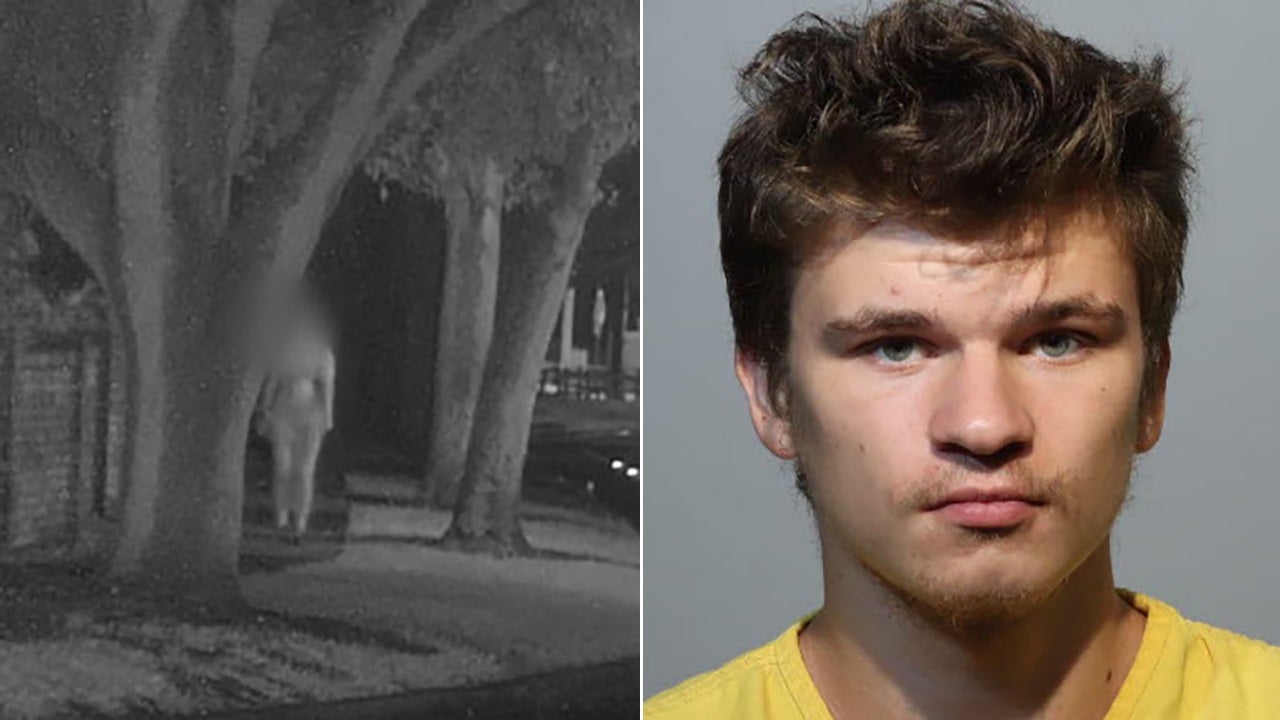 A 22-year-old Florida woman fought off a man who tackled her to the ground and bit her while she was jogging on a trail Monday night, authorities said.

William Paul Stamper, 19, of Longwood, was arrested in connection with the attack, the Seminole County Sheriff’s Office announced early Wednesday.

The woman was jogging around 8:30 p.m. around West Wekiva Trail near Harrogate Place in Seminole County when she noticed a man had been following her, Seminole County Sheriff Dennis Lemma told reporters on Tuesday.

The woman removed her ear buds and began walking to conserve energy so she could potentially fight off the man and call for help should he begin to sprint after her, Lemma said.

The victim noticed a man following her at a distance before the attack. Investigators said her situational awareness helped to save her from a worse outcome.
(Seminole County Sheriff’s Office)

The man eventually quickened his pace and tackled the woman to the ground from behind, according to the sheriff. The man allegedly bit her on her back and made a sexual motion while on top of the victim.

The victim, with one hand holding her phone and the other holding her pants up, screamed for help, Lemma said. A neighbor rushed outside after hearing the victim’s pleas and called 911.

By the time police arrived, authorities said the woman had fought off the attacker, who fled toward Hunt Club Boulevard.

Investigators said that it appeared the suspect had targeted the woman and followed her on her route.
(Seminole County Sheriff’s Office)

Lemma credited the victim’s situational awareness and the neighbor who called 911 for preventing what could have been a worse situation.

“What saved her is her ability to be mindful of the situation, to conserve energy in an effort to either yell for help or potentially run away, and good Samaritans,” he said.

Lemma said the attacker was “a total stranger” to the victim and believed that he had targeted the woman.

Stamper was booked into the John E. Polk Correction Facility on charges of attempted sexual battery.