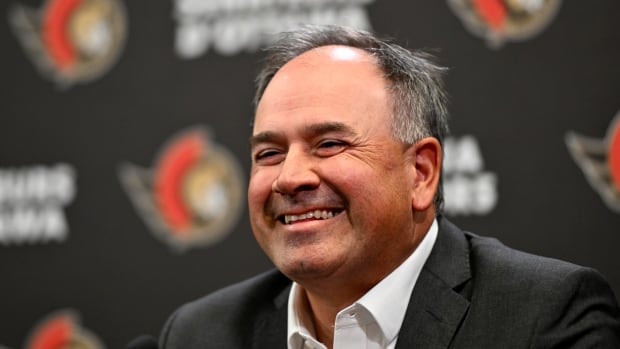 This is an excerpt from The Buzzer, which is CBC Sports’ daily email newsletter. Stay up to speed on what’s happening in sports by subscribing here.

Calgary Flames: For better or worse, no one had a more interesting summer than the Flames. It started with their two best players, 40-goal men Johnny Gaudreau and Matthew Tkachuk, deciding they wanted to leave the Pacific Division champs. GM Brad Treliving would have been forgiven for plunging into rebuilding mode, but instead he went on the attack, acquiring NHL assists leader Jonathan Huberdeau from Florida in the trade forced by Tkachuk and signing two-way centre Nazem Kadri in free agency. Whether this reload works or not, you have to respect the hustle.

Edmonton Oilers: Powered by an incredible post-season for Connor McDavid (33 points in 16 games) and Leon Draisaitl (32 points), Edmonton advanced to the third round for the first time in the McDavid era. They got blown out of the water there by eventual-champion Colorado, but the hope is that new goalie Jack Campbell (five years, $25-million US) brings some much-needed stability to the crease. GM Ken Holland also made a big bet on Evander Kane, handing the notoriously volatile forward a four-year, $20.5M deal after he scored 13 goals in 15 playoff games.

Montreal Canadiens: After finishing dead last in the league last season, the Habs won the draft lottery and took Juraj Slafkovsky with the No. 1 pick. The big Czech forward looks pretty NHL-ready after playing against grown men in the Finnish league last season and winning Olympic MVP honours as a 17-year-old in Beijing. But an even shinier prize awaits in this year’s draft in WHL forward Connor Bedard, who’s being touted as a generational talent. Montreal looks like a top candidate to win the lotto again with Carey Price’s future still unclear and the team doing basically nothing to upgrade its bland roster over the summer.

Ottawa Senators: They’ve missed the playoffs for five straight years, but the Sens’ doormat days might be numbered. GM Pierre Dorion signalled a bold new direction on draft day when he sent three picks — including No. 7 overall — to Chicago for Alex DeBrincat, a 24-year-old with a pair of 40-goal seasons already under his belt. Dorion also signed former 100-point man Claude Giroux and locked up young forwards Josh Norris (35 goals last season) and Tim Stützle (22 goals, and still only 20 years old) to eight-year deals for north of $60 million each.

Toronto Maple Leafs: Another first-round exit was a tough pill to swallow. But GM Kyle Dubas wisely resisted the knee-jerk calls to blow up a talented team after its razor-thin playoff defeat to the borderline-dynastic Tampa Bay Lightning. Dubas did overhaul his goaltending, saying goodbye to Jack Campbell and Petr Mrazek and bringing in Matt Murray and Ilya Samsonov — a couple of dart throws for a team desperate for someone who can actually steal a series. A fun wrinkle for the Leafs this season is that they have the reigning NHL MVP for the first time since the ’50s in 60-goal scorer Auston Matthews.

Vancouver Canucks: Apart from the pandemic-shortened 2019-20 season, Vancouver hasn’t won a playoff series since its riot-triggering loss to Boston in Game 7 of the 2011 Cup final. The clock finally ran out on general manager Jim Benning and coach Travis Green when they were fired last December. Surprisingly, Patrik Allvin (the first Swedish GM in NHL history) and president Jim Rutherford didn’t do much to remake the team in their own image this summer. But, hey, maybe a full season under coach Bruce Boudreau will be enough to grab a playoff spot in the rickety Pacific.

Winnipeg Jets: A team plagued by a lack of strong leadership heads into this season without a captain. The Jets announced last week that veteran Blake Wheeler has been stripped of the C and his duties will be filled by a TBD set of alternates. Not the most promising start for new head coach Rick Bowness, a 67-year-old lifer who was behind the Winnipeg bench way back in the ’80s. Despite missing the playoffs last season, the Jets aren’t trying anything new with their roster either. The “plan” seems to be crossing their fingers and hoping the same guys can just do better this time.