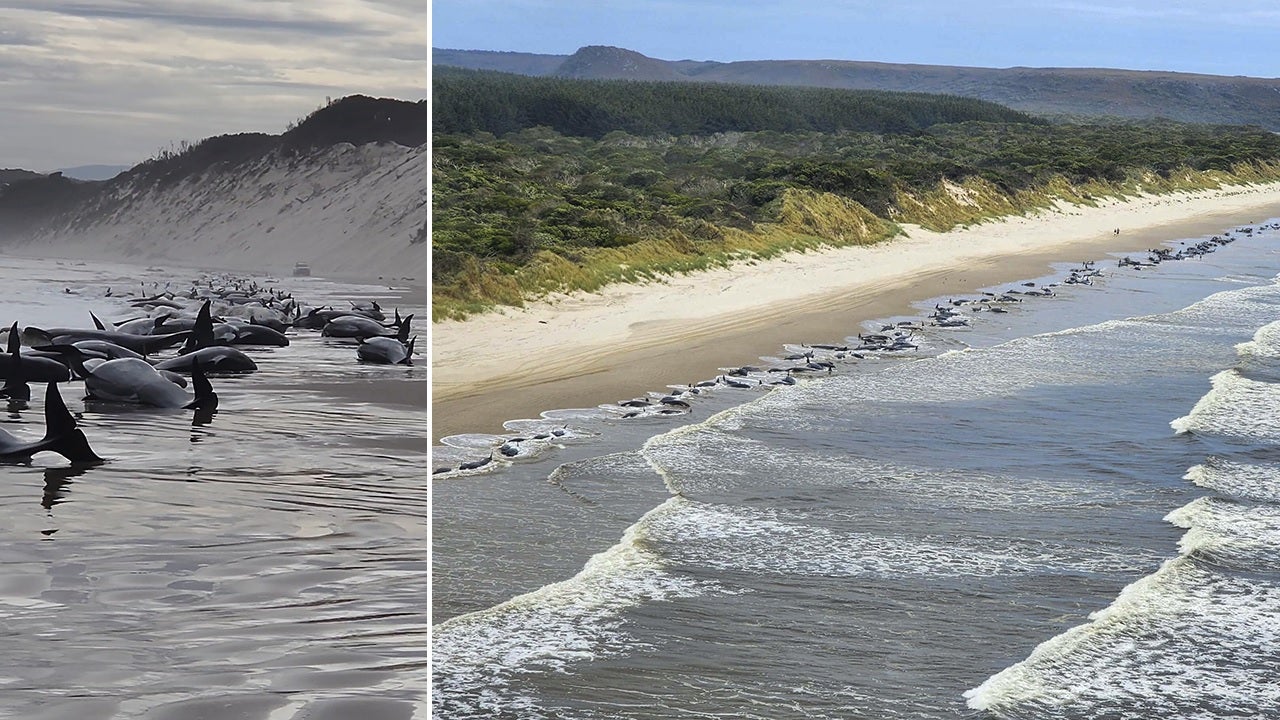 More than 200 whales were beached on the Australian state of Tasmania’s west coast on Wednesday in a mysterious mass stranding, just days after 14 sperm whales were found stranded on an island off the state’s northwestern coast.

The pod of what appeared to be about 230 pilot whales were stranded on Ocean Beach in Macquarie Harbour, the Department of Natural Resources and Environment Tasmania said.

With at least half the whales presumed to still be alive, a team from the Marine Conservation Program was heading to the area with whale rescue gear, the department said.

The mass stranding comes exactly two years to the day after about 470 long-finned pilot whales were found stuck on sandbars in the same harbor, which has a notoriously shallow and dangerous channel known as Hell’s Gate. After a week-long effort, 111 of those whales were rescued but the rest died.

It also comes two days after the carcasses of 14 young, male sperm whales were found on King Island, part of the state of Tasmania in the Bass Strait between Melbourne and Tasmania’s northern coast.

Vanessa Pirotta, a wildlife scientist specializing in marine mammals, said it was too early to explain why the stranding had occurred.

A pod of about 230 whales stranded at Macquarie Harbour in Strahan, Tasmania, Australia, on Wednesday.
(Andrew Breen/Huon Aquaculture via AP)

“The fact that we’ve seen similar species, the same time, in the same location, reoccurring in terms of stranding at that same spot might provide some sort of indication that there might be something environmental here,” Pirotta said.

The whales, pictured above, were found stranded on Tasmania’s west coast just days after 14 sperm whales were found beached on an island off the northwestern coast.
(Andrew Breen/Huon Aquaculture via AP)

The pilot whale often travels in groups and is known for stranding in mass numbers, for reasons that are still unclear, according to the NOAA Fisheries.