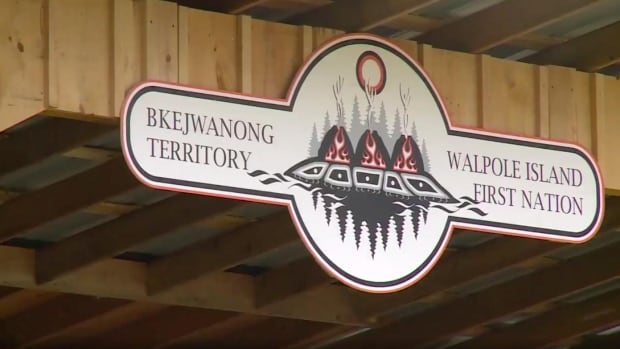 Dan Miskokomon started another two-year term on Monday as the chief of the southwestern Ontario community after being re-elected Saturday.

Even though he has been chief before, Miskokomon says the win came as a surprise.

“You never know how it will turn out to be,” said Chief Miskokomon. “But when it happens, it gives you a new meaning of working for the community.”

Miskokomon won with 28.96 per cent of the vote. He was named chief by only 10 votes over runner-up Lee Kicknosway. Miskokomon has served off-and-on as chief for 12 years since 1988.

He says his biggest priorities for his newest term is to help Walpole Island become more self-sufficient, create job opportunities for young people and to “clean up” a drug problem.

He has an idea on how to solve these problems.

“The big thing is to make the council work as a team, rather than individuals,” said Miskokomon. “We have an orientation next week to hone in on how to work as a team and understand our roles and responsibilities. Even our staff has to buy into our strategic planning process.”

Miskokomon says there are lots of opportunities to introduce new policies and get things done. Help is available from other nearby First Nations and Miskokomon has been in contact with chiefs from Kettle and Stony Point First Nation and Caldwell First Nation.

Miskokomon says his newly-elected council can work together to see his big priorities come to fruition.

“Since we all grew up here, we all know each other,” he said. “It’s a matter of asking what your duties are and representing that.”

Burton Kewayosh was elected to council with the approval of 343 voters, despite doing no campaigning.

“I just left my name on the ballot and I let the community decide,” he said.

“The needs of the Nation are extremely great,” he said.

Kewayosh is supportive of Miskokomon’s efforts to curb drug use and youth unemployment in Walpole Island. Both are issues that Kewayosh is focused on.

“In 1979, when I became the first director of the community service program, which deals with addictions awareness, I made a statement in the news saying that alcoholism affects every family in the community,” he said. “Anything can trigger us. Being unemployed is a trigger to your personal well-being.”