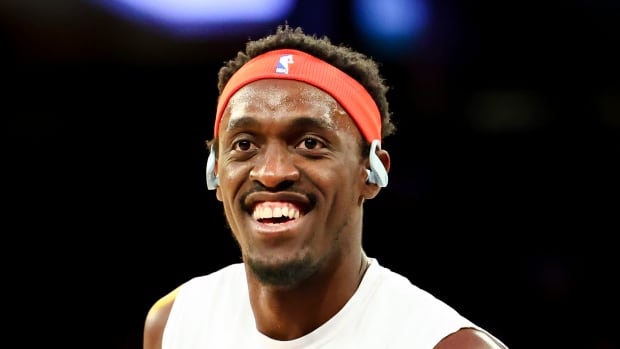 Happy Friday! What a week it has been. This new school year has been particularly chaotic but full of energy and promise.

It’s really exciting to be walking on campus among the students and community. Speaking of good things happening to students, Toronto Raptors’ centre Pascal Siakam donated to the Lincoln Alexander School of Law at Toronto Metropolitan University.

Because of Siakam’s gift, 12 students who are interested in working with marginalized communities or for social change will be paid while fully engaged in everything to environmental issues, Indigenous communities and more.

Siakam (known as Spicy P) is not the first Raptor to donate to post-secondary education programs as Scottie Barnes and Fred Van Vleet have also donated. But there’s nothing I love more than a collaboration between post-secondary and sports stars to benefit society.

Joy comes in many forms and I love it when women’s sports and community support come together. The San Diego Wave broke an NWSL attendance record with a sellout crowd of 32,000 in a 1-0 win over Angel City FC. This is the Waves’ first season as the newest expansion team in the league. I have no doubt women’s soccer will continue to make history.

This morning my son sent me a story about one of his most beloved books from childhood: Goodnight Moon. I received this board book when he was born and it was part of my nightly bedtime routine with all of my children. We had it memorized. The classic tale by Margaret Wise Brown is turning 75 years old!

The book was released in 1947 but some libraries refused to stock it until 1972. It is a brilliantly simple yet captivating tale with beautiful and warm illustrations by Clement Hurd. The emotions are so sincere. Brown died in 1952 and never saw it reach the success of selling 40 million copies worldwide. I gift it to new families and can’t wait to read it to my grandchildren one day.

One of my favourite social media accounts is of a man named Abdul who fosters and cares for kittens. He has a huge following on Instagram and a YouTube channel. He posts videos about taking very good care of the tiny critters and the work involved for him and his wife.

He bottle feeds them, plays with them and often naps with them. And they climb all over him. Sometimes he names a litter after the Great Lakes or after different cheeses. It’s a lovely account and Abdul is so dedicated. As a cat person, I love watching the different personalities of all the fur babies.

Canada’s women’s basketball team is down under at the FIBA championships. They are currently undefeated. All games will be televised. Yes, they are an early start but let’s cheer on the women! Happy to see one of our faves, Kia Nurse back on the court after recovering from an ACL injury last year. Nurse missed the whole WNBA season but is back where she belongs, bringing the buckets.

While one of our WBB teams is playing hard in Australia, another one just clinched a win! Special shout-out to the Canadian 3×3 team who are the newest  FIBA 3×3 Women’s Series 2022 winners in Constanta, Romania.

I love all this so much. Have a winning weekend!