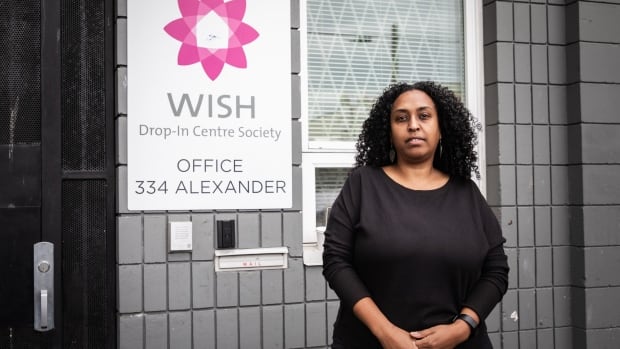 WARNING: This story describes violence against women and girls and may cause distress among those who have experienced it or know someone who has.

Women in Vancouver’s Downtown Eastside are warning of escalating levels of violence in the neighbourhood and reporting more frequent, increasingly brutal instances of kidnappings, forced confinements, rapes and robberies, according to front-line workers.

Mebrat Beyene, the executive director of WISH Drop-In Centre Society, said she and others with first-hand knowledge of the neighbourhood are sounding the alarm about “an escalation in violence and predatory behaviour.”

“Sex workers are telling us that it’s worse than they’ve ever seen on the street,” she said, speaking from the WISH offices on Alexander Street.

“And that’s saying a lot for the Downtown Eastside that has suffered a predatory serial murderer who operated almost with impunity in this neighbourhood,” she added, referring to Robert Pickton, who is serving life in prison for the murders of six women from the area.

Beyene and others who work in violence prevention say a slew of violent attacks, along with the suspicious deaths of four young Indigenous women, have the community on edge.

They say a collapse in support services during the pandemic, combined with climbing housing costs, are pushing Canada’s poorest neighbourhood to a point never seen before — with vulnerable women and girls bearing the brunt of the resulting violence.

“People will come to neighbourhoods like the Downtown Eastside to play out some of the worst violence, possibly because they know they can get away with it,” said Beyene.

“It is incredibly scary.”

WISH, which operates a 23-bed emergency shelter and runs a slew of support programs, is one of several organizations in the area offering “bad-date reporting,” which allows sex workers to warn others of experiences they’ve had with men.

The findings are compiled by the centre in a “red light report” that removes the women’s identifying details and is distributed among sex workers and front-line organizations. Beyene said the report from August painted a dark picture of a worsening situation.

“The [report] speaks to a level of violence that is ongoing and mostly unreported or underreported. It’s certainly stories that rarely ever make it into the media,” said Beyene.

“What’s alarming is how many are quite violent — sometimes they include women being drugged, and detained for hours, sometimes days.”

Battered Women’s Support Services executive director Angela Marie MacDougall, who also reviews the red light reports, said the violence has been escalating in intensity since the start of the pandemic, but compounded over the summer of 2022.

“Women are dealing with serious physical injuries as a result of these assaults that then require the kind of medical care that often isn’t available.”

MacDougall said many women don’t report their assaults for fear of retribution, while others don’t feel comfortable talking to police. Others say they don’t want to be re-traumatized by reporting a crime to a system they feel won’t support them.

Still, the increase is captured in data provided by the Vancouver Police Department (VPD), which recorded 10 forcible confinements with female victims in the Downtown Eastside during the first eight months of 2022, compared to five over the same period last year.

The VPD said it could not provide reliable data on what percentage of cases involve sex workers because a person’s profession is not always disclosed during the course of an investigation.

Another disturbing trend has residents further on edge.

Since May, the bodies of three young Indigenous women and one Indigenous girl, all with some connection to the Downtown Eastside, have been found in the neighbourhood or in unlikely parts of Metro Vancouver.

On May 2, 20-year-old Tatyanna Harrison‘s body was found on a 40-foot yacht in a dry dock in Richmond. Harrison, who had been living in the Downtown Eastside, wasn’t identified until August.

On May 6, 24-year-old Chelsea Poorman’s remains were identified after being found in a Shaughnessy mansion following months of desperate searching by her family.

On May 1, 14-year-old Noelle O’Soup’s body was found in a single-room occupancy hotel (SRO) on Heatley Avenue alongside the remains of another woman.

And on July 30, 24-year-old Kwemcxenalqs Manuel-Gottfriedson‘s body was found just blocks away from that same Downtown Eastside SRO.

Police have said the cases are not considered connected. But MacDougall said the number of deaths over such a short period “sets off an alarm bell for a number of reasons.”

“We have serial predators that are already here, that are doing serial predation in terms of sexualised violence and … drug-facilitated rape and all kinds of exploitation,” she said.

Both Beyene and MacDougall point to a series of factors that have caused the downturn in what was already a notoriously struggling area.

The COVID-19 pandemic and subsequent closure of many services in spring 2020 saw many sources of support dry up. Skyrocketing housing costs, a lack of affordable options and a worsening toxic-drug crisis have pushed many people further into despair.

They say there is little end in sight to the violence, though recommendations on what supports are needed have been published for years.

“My heart goes out to all those families, community members and friends who are constantly dealing with this over and over again,” said Beyene.

“And I think that’s where the deepest injustice and frustration is coming from — that there have been plenty of warnings.”

Support is available for anyone who has been assaulted. You can access crisis lines and local support services through this Government of Canada website or the Ending Violence Association of Canada database. ​​If you’re in immediate danger or fear for your safety or that of others around you, please call 911.