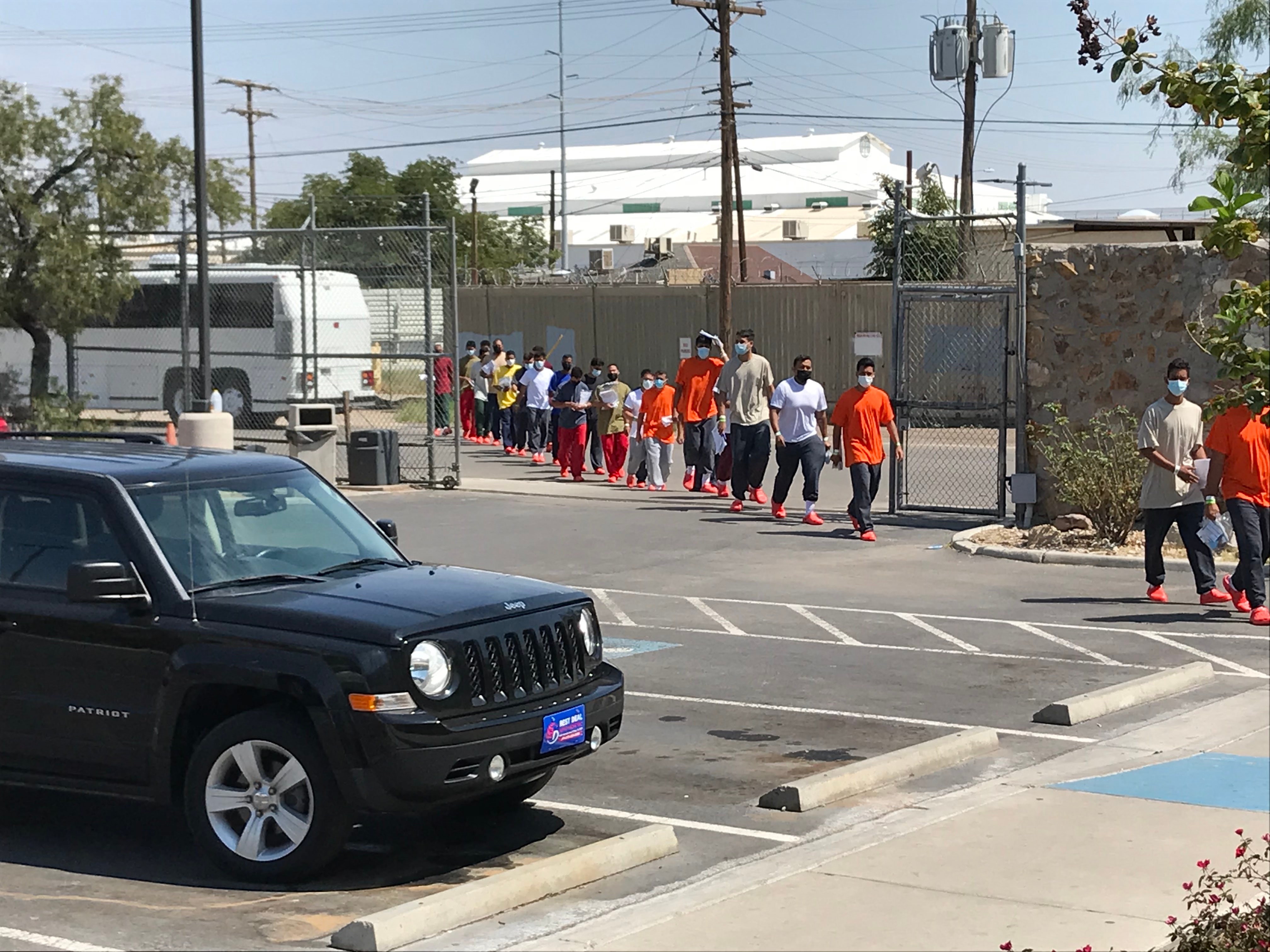 Thousands of migrants have gone through U.S. Immigration, applied for asylum, and are waiting for their court dates. But, border towns say the problem is where they go until then.

EL PASO, TEXAS – Thousands of migrants are entering the U.S. daily. They have gone through immigration, applied for asylum, and are waiting for their court dates, but the problem is where they go until then.

Blake Barrow is the CEO of the Rescue Mission of El Paso. He said over a week, he’s received thousands of migrants daily, without warning.

“Beginning last Thursday, so it’s been about 10 days now, [a] bus from U.S. Immigration pulled up outside. We didn’t get any notice, and here I see 45-50 migrants getting off the bus. Apparently, they told them ‘walk that way, there’s the rescue mission.’”

Mario D’Agostino is the El Paso Deputy City Manager of Health and Public Safety. He said the increase in immigrants has created a crisis.

“If we go back and look at what the average was in August, that was around 700 per day. Today alone, we received at least 1,050 people released to the community,” D’Agostino said.

All shelters in El Paso are at capacity and shelves at the El Pasoans Fighting Hunger Food Bank are empty. Susan Goodell is the food bank CEO. She said they are being stretched thin.

All El Paso shelters are at capacity and shelves at this food bank are empty.
(Joy Addison/Fox News)

“We are working very hard to find the financial and the food resources to meet this crisis. We are preparing sack lunches and sack breakfasts on a daily basis for the migrant population. We’ve been preparing close to 2,000 meals a day,” Goodell said.

Poor economic conditions, food shortages and limited access to healthcare have driven millions of Venezuelans to the U.S.

EL PASO MAYOR SAYS CITY’S GOAL IS TO HELP BUS MIGRANTS TO THEIR DESTINATIONS, TREAT THEM LIKE HUMAN BEINGS

“This wave is all from Venezuela,” Barrow said.

A UN report estimates that in 2019, 94% of Venezuelans lived in poverty and by 2022, 6.8 million Venezuelans had left their country.

“By far, the vast majority of them have requested to go to New York City. We’ve also had several large groups that are asking to go to Chicago,” D’Agostino said.

El Paso has sent 59 busloads of immigrants to New York City and four to Chicago, so far.

D’Agostino said this won’t get better without a bigger solution.

“Without a change in policies at the federal level to control the flow coming into the country, the numbers are going to continue here,” D’Agostino said.

D’Agostino also said El Paso has applied for FEMA’s Emergency Food and Shelter Grant, but the reimbursement could take up to nine months.

Joy Addison joined Fox News in 2022 as a multimedia reporter in Houston.