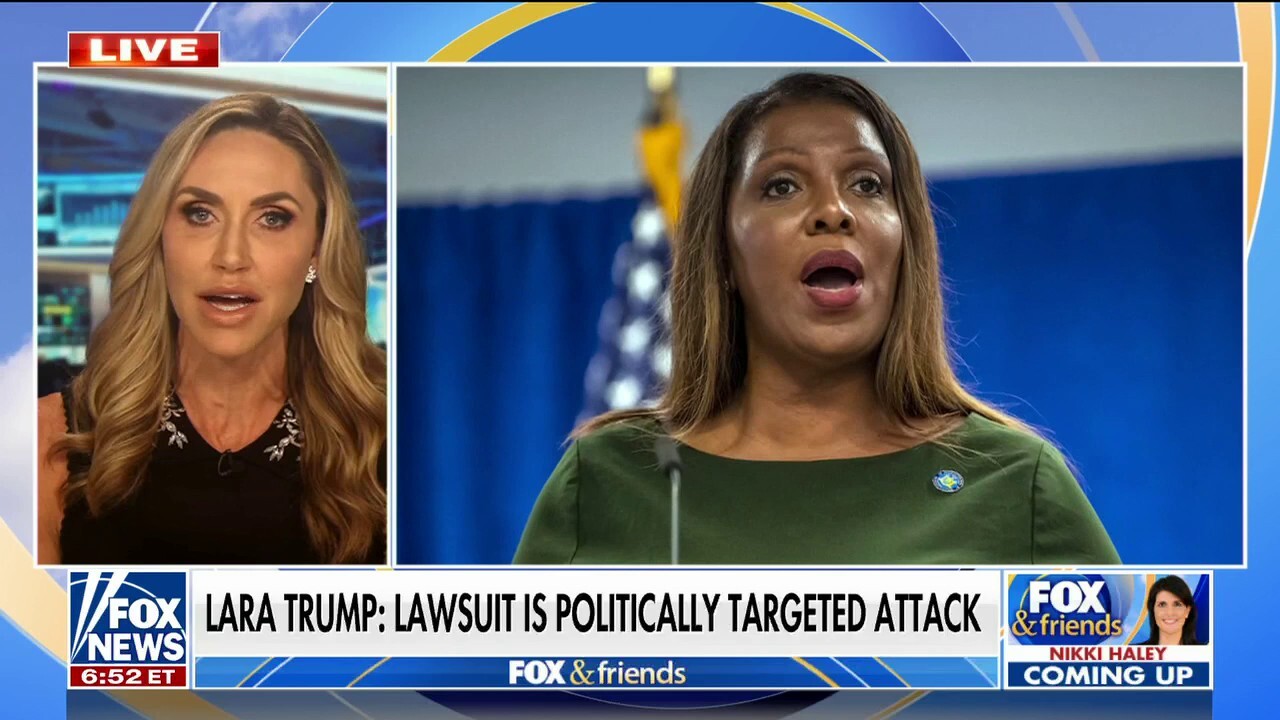 LARA TRUMP: Unfortunately, this is more of the same. This is political targeting of Donald Trump, of our entire family, and anyone with our last name. Obviously, Letitia James is a deranged individual. …She ran for attorney general, not on getting gangs and violent criminals off the street, not on making sure that drugs weren’t rampant, not on making New York state a safe place for people to raise their families and for the elderly to live. She ran solely on taking down Donald Trump. That has been her focus. And after investigating my father-in-law, his company, and my entire family for three years and combing through apparently millions of documents, the best she could come up with was no criminal charge, of course, but a civil lawsuit against my father-in-law, my husband, and his siblings. And it’s absolutely outrageous to see this when you have New York crumbling, whenever you see the number of people who are fleeing that state every day because they do not feel it has been a safe place to live. … It’s absolutely disgraceful and disgusting. She is derelict in her duty, as far as I’m concerned, in the office of the attorney general. She’s an embarrassment to herself, of the office, and of the United States of America.

WATCH THE FULL INTERVIEW BELOW: