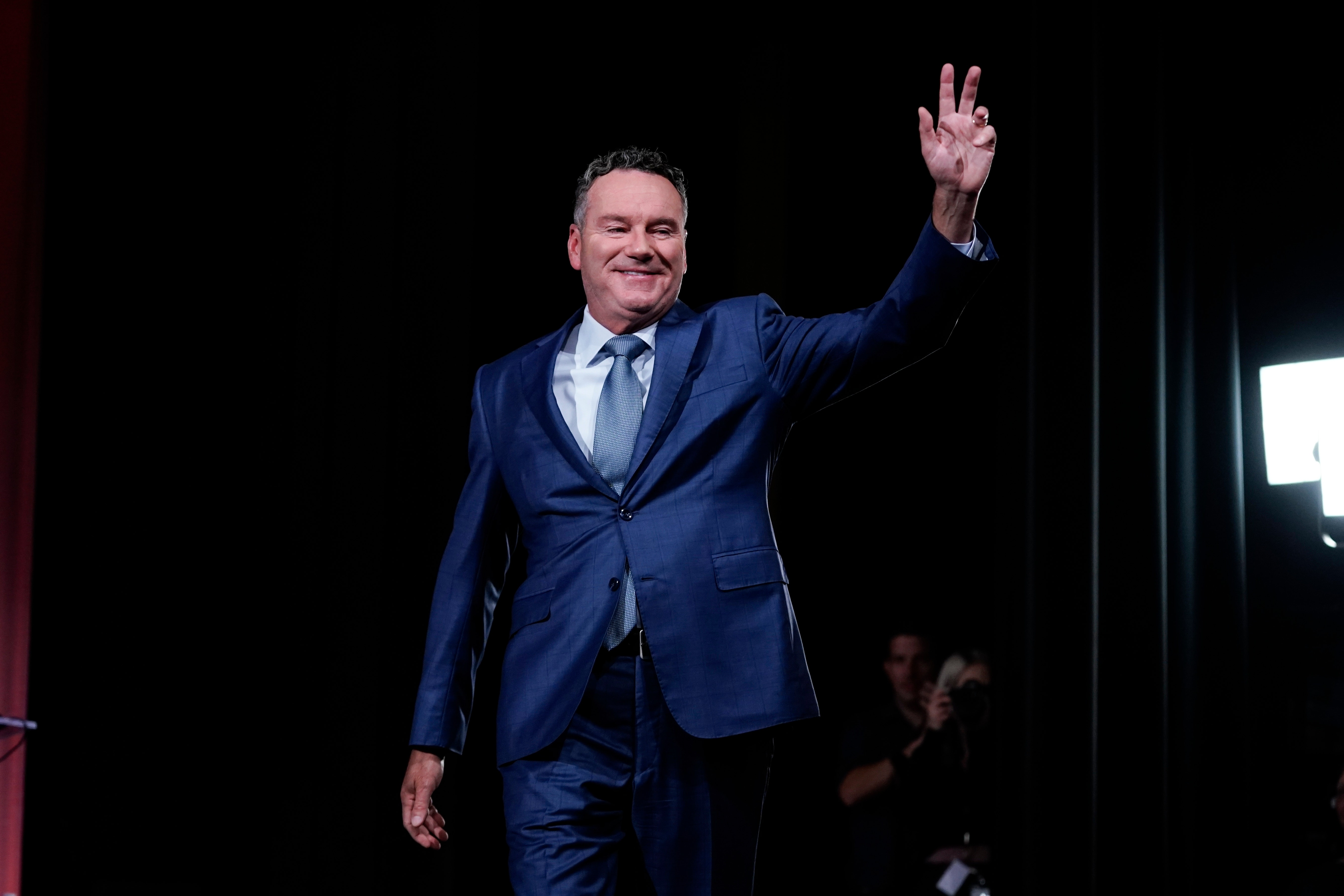 Republican gubernatorial candidate Tim Michels called Monday on Wisconsin Gov. Tony Evers to halt all paroles in the state, even though a governor can’t unilaterally order them to stop and some paroles are mandated by law.

Michels has been hitting Evers as being soft on crime, accusing the Democrat in a letter Monday of sympathizing with and coddling “brutal, convicted criminals.” Evers’ spokesperson Britt Cudaback said it would be illegal to do as Michels wants and called the request “an uninformed stunt to score political points by someone who has no regard or appreciation for the laws of our state.”

Michels and Evers are knotted in a tight contest in the battleground state that polls show is about even. Michaels, who is endorsed by former President Donald Trump and co-owner of the state’s largest construction company, has been attacking Evers both over his parole policies and his response to violent protests in Kenosha two years ago that followed the shooting of Black man Jacob Blake by a white police officer.

Wisconsin’s parole commission, which operates independently of the governor, has granted about 460 discretionary paroles not required by law, something that both Republican and Democratic governors before Evers also routinely granted.

A parole allows someone who is in prison to be released before their sentence is complete. Parole is required for some offenders under state laws that set mandatory release dates. Discretionary paroles are available only to offenders not sentenced to life in prison who committed a felony before Dec. 31, 1999.

Tim Michels is introduced at a televised Wisconsin Republican gubernatorial debate on July 24, 2022, in Milwaukee. Michels called on Wisconsin Gov. Tony Evers to halt all paroles in the state, even though a governor can’t order them to stop.
(AP Photo/Morry Gash, File)

While the governor decides who is granted a pardon, he does not control paroles. That is done by the four-member parole commission that is given independent authority under state law to determine whether an inmate is eligible after serving a certain portion of their sentence. The governor appoints the chair of the commission, who is subject to confirmation by the state Senate.

Michels’ campaign spokesperson Anna Kelly said that Evers could effectively halt paroles by rescinding his appointment of Christopher Blythe as chair of the commission, or ask that Blythe stand down for three months. Michels did not make that specific request in his letter.

State law established a right to being considered for parole and both state and federal courts have recognized the right of inmates to be paroled. So if paroles were to stop in Wisconsin as Michels wants, it would likely be challenged in court.

Paroles are different from pardons, which can be granted to a person convicted of a felony who completed their sentence at least five years ago, has no pending charges and is not on the sex offender registry. A pardon doesn’t erase or seal a conviction but it does restore certain rights, like being able to own a gun, and often makes it easier for the person to get a job.

Michels, in a letter to Evers, also called on him to stop issuing pardons.

Evers has issued more pardons than any Wisconsin governor in modern history. The vast majority of the more than 600 pardons have been granted to people convicted of lower level, nonviolent crimes.

In the 2018 governor’s race, Walker ran a television ad saying that Evers’ general support for cutting the prison population in half would result in the release of “felons who’ve committed rape, assault, robbery and even kidnapping.”

“That’s a lie. I never said that,” Evers said at the time in response. “We will not release violent criminals.”

Michels, in his letter to Evers, said, “You were not candid with the people of Wisconsin about limiting your get-out-of-jail-free card to nonviolent offenders.”

Michels, at a news conference last week in Milwaukee, did not say what the correct number of paroles should be, other than it would be more than zero and less than what Evers has done. Evers started granting pardons after Walker didn’t issue a single one during eight years in office.

Evers has been under fire from Michels and others about paroles for months. In June, Wisconsin Parole Commission Chairman John Tate resigned, a month after Evers made a hasty appeal to Tate in the midst of Republican criticism over parole plans for a convicted murderer.

Michels has promised to make sure there are enough prison space to keep criminals behind bars. The Department of Corrections reported on Sept. 9 that 20,291 inmates were being housed in prisons designed to hold 17,298.