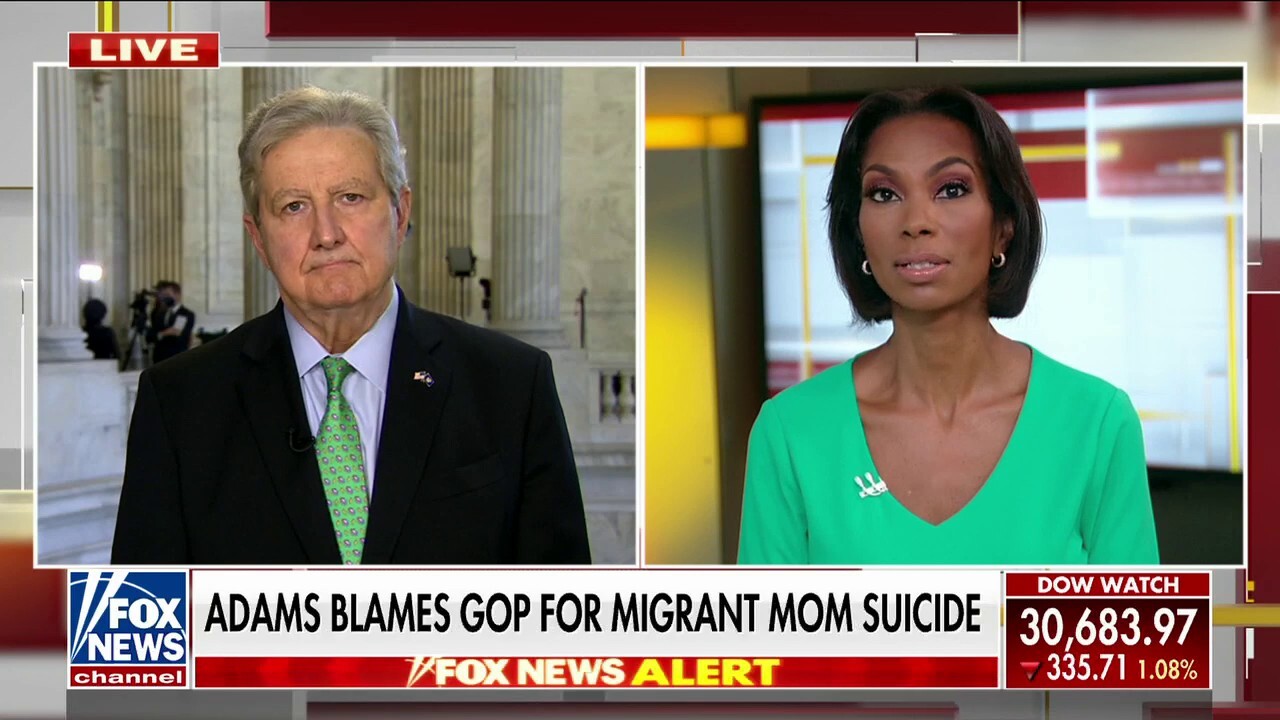 Sen. John Kennedy, R-La., ripped President Biden over the border crisis, warning he has “lied” to the American people as migrant encounters surge to record levels.

Kennedy joined “The Faulkner Focus” on Tuesday to discuss the latest on the migrant surge, saying Biden has “opened” the borders and “lied” about the issue.

“President Biden talks a lot about democracy, as we should,” Sen. Kennedy told host Harris Faulkner.

“Democracy depends on the mutual acceptance of rules, norms and institutions. President Biden’s southern border policy has undermined that principle. He has completely opened the southern border, and he has looked the American people in the eye, and he has lied and said the border’s closed.”

Faulkner, who recently visited the southern border, noted the severity of the crisis as she witnessed the brutal conditions firsthand.

“What I’ve learned is that we have no idea who’s coming into this country,” Faulkner said. “If our Border Patrol agents weren’t there, if our National Guard was not there, if Texas had not spent nearly $1,000,000,000 so far on its operation to help its own citizens, where would we be?”

Her remarks come after New York City Mayor Eric Adams confirmed a migrant mom committed suicide at a shelter in the Big Apple over the weekend.

He blamed Republicans for the “failure” as migrants continue to make the treacherous journey north.

There have been over 2.1 million southwest border encounters in fiscal year 2022 so far, according to Customs and Border Protection (CBP) data.

Fox News’ Bill Melugin also reported the number of got-aways is nearing 1 million as the crisis rages on.

Bailee Hill is an associate editor with Fox News Digital.